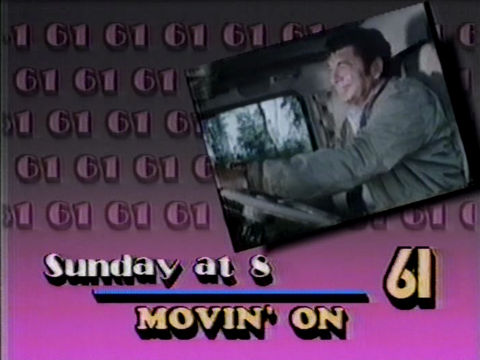 Here’s a promotional spot from February 1985 for syndicated repeats of Movin’ On on WTIC-TV. The hour-long drama series was about a pair of truckers and had originally aired on NBC from 1974 to 1976. WTIC-TV aired the series on Sundays at 8PM.

3 Replies to “WTIC-TV Movin’ On Promo”