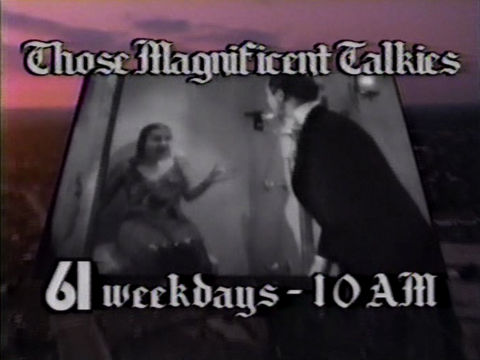 Here’s a promotional spot from February 1985 for Those Magnificent Talkies, a weekday morning movie block on WTIC-TV featuring “silver screen classics from Hollywood” like Algiers, His Girl Friday, The Barretts of Wimpole Street.

One Reply to “WTIC-TV Those Magnificent Talkies Promo”