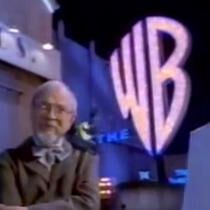 Defunct television network The WB celebrates its 20th anniversary today, having premiered two decades ago on Wednesday, January 11th, 1995 with a two-hour lineup of sitcoms. Take a look at how it all started:

The new network was on the air just one night a week until September when it added a second night (Sunday) to its broadcast schedule. Here’s the original line-up:

Muscle was given an hour-long premiere from 9-10PM on January 11th; The Parent ‘Hood didn’t premiere until the following week. The big launch didn’t help Muscle, however. It was the first show to be cancelled by The WB, after 13 episodes, and the only one of the inaugural shows not to be renewed for a second season.

In January 2006, CBS and Warner Bros. announced that both The WB and UPN would shut down and merge to create a new network called The CW. The WB signed off on Sunday, September 17th, 2006. During its more than 11 and a half years in existence, The WB aired dozens of shows that didn’t last very long. I believe the shortest-lived show on The WB was a drama called D.C. that ran for just four episodes during April 2000 (three other episodes were left unaired).

Other short-lived shows from The WB include:

How many do you remember? Personally, I think the only one of these shows I watched was Just Legal although I recognize the names of several others. To be honest, I don’t really remember much about the launch of The WB twenty years ago. I was in elementary school at the time and much more excited about UPN and the premiere of Star Trek: Voyager (more on that in a few days when UPN celebrates its own 20th anniversary).

9 Replies to “20th Anniversary of The WB”