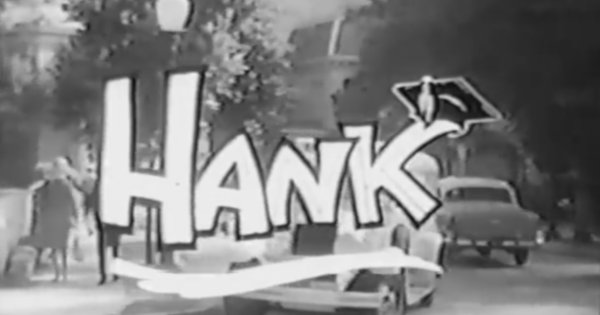 Do you have any information on the 60’s TV show HANK. I believe it was on Friday nights either just before, or just after CAMP RUNAMUCK. I would like to know who played Hank.
Brad

NBC’s Hank aired after Camp Runamuck on Fridays during the 1965-1966 season. Dick Kallman played the title character, a teenager left to care for his younger sister after their parents are killed in a car crash. Forced to drop out of high school, Hank begins auditing classes at Western State University, disguising himself as actual students registered for those classes.

To earn money, Hank drove a food truck that also sold a wide variety of other goods that college students might need, including frogs for scientific experiments. It also offered shoe shines. He dabbled in running his own dating service as well. Somehow, between school and work he also found time to date–the daughter of the university registrar, whose mission was to sniff out unregistered students like Hank. 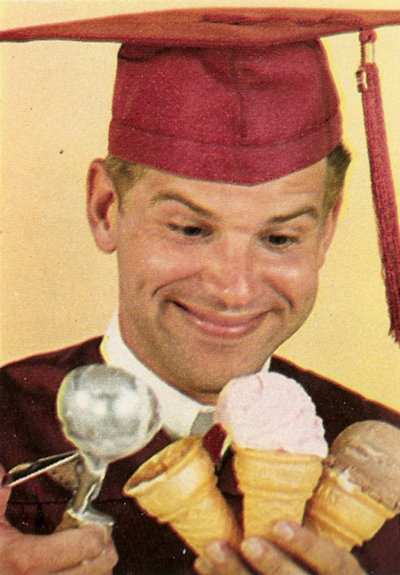 With the exception of the series premiere, Hank was broadcast in color. A total of 26 episodes were produced and aired. The final episode of Hank was a true series finale, wrapping up the series quite nicely, making it almost unique in the history of 1960s television.

Tomorrow (November 3rd), Hank will be released on DVD courtesy of Warner Archive. How’s that for timing?

I vaguely remember a short-lived sitcom called “The Pruetts of South Hampton” or something like that. I know it was The “Someones” of South Hampton. I can’t find it in a search and I believe it was the early to mid 60’s. Can you find it?
Jim

The Pruitts of Southampton was an ABC sitcom starring Phyllis Diller that premiered in September 1966. The Pruitts were a tremendously wealthy family who secretly were broke and owed millions to the IRS. The government decides to let them live in their mansion and keep up appearances, afraid that news of the family’s downfall would lead to an economic collapse.

Diller played the widowed head of the family, who was desperate to maintain the facade of affluence while also plotting ways to raise money to pay back the IRS. Diller and other members of the main cast sang the opening theme song, composed by Vic Mizzy.

In January 1967 the series was retitled The Phyllis Diller Show–complete with a new opening credit sequence–and the Pruitt mansion was turned into a boardinghouse. Several new characters were introduced, played by the likes of John Astin, Richard Deacon, and Marty Ingels.

Ratings were poor for both versions and ABC cancelled the series at the end of the 1966-1967 season. A total of 30 episodes were aired (17 as The Pruitts of Southampton and 13 as The Phyllis Diller Show.

[NOTE: Back in 2009 and 2010 I regularly ran a Q & A blog feature and today I’m reviving it. Taking a cue from television, I’m planning an initial 13-week run but we’ll see how it goes and whether I have enough unanswered questions to keep running it longer than that.]