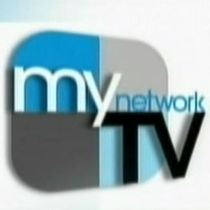 If you were to ask ten friends or family members if they’ve heard of MyNetworkTV, I’m willing to bet you’d get a lot of blank stares. And if you were somehow able to find ten people who know what MyNetworkTV is, odds are none of them have actually watched the network-turned-programming service. I know I’ve never tuned in.

Yet a decade after the 2006 United States broadcast TV realignment (that’s what Wikipedia calls it) MyNetworkTV is still around. It hasn’t aired original programming since October 2010 but is apparently successful as a programming service and will add repeats of three new shows later this month.

Like The CW, MyNetworkTV only programs two hours of prime time Monday through Friday (8-10PM Eastern and Pacific). Its lineup consists entirely of repeats of drama programming. The current schedule includes of repeats of just five shows: Law & Order: Special Victims Unit, The Walking Dead, The Closer, The Mentalist, and Bones.

As part of its 2016-2017 schedule, MyNetworkTV will add The X-Files, American Ninja Warrior, and Marvel’s Agents of S.H.I.E.L.D. in a few weeks. That means dropping The Walking Dead, The Closer, and The Mentalist.

Nielsen hasn’t rated MyNetworkTV on a nightly basis since September 2009. That’s when it transitioned from traditional network to programming service. MyNetworkTV is apparently included in Nielsen’s weekly syndicated report. The most recent ratings information I can find is almost two years old.

The debut of The Walking Dead in October 2014 averaged a 0.5 rating in the adults 19-49 demographic for MyNetworkTV. There’s no way to know how that translates to total viewers. Perhaps around a million viewers are watching MyNetworkTV each weeknight. Maybe two million on a good day. Even a million viewers is better than how the network’s original programming slate fared, however.

When MyNetworkTV was first announced in February 2006, the new network planned to air telenovelas in 13-week cycles. There was also talk of reality programming. The debut telenovelas were Desire and Fashion House. Both aired Monday through Friday with a special recap special every Saturday.

The new network officially launched on Tuesday, September 5th, 2006 with the first episodes of Desire and Fashion House. The previous night, MyNetworkTV aired half-hour previews of those first two telenovelas from 8-9PM followed by an hour-long “MyNetworkTV Premiere Special” from 9-10PM. I don’t believe all affiliates aired the launch specials, however.

The preview specials (“Desire Revealed” and “Fashion House Revealed”) were also offered to affiliates to air in the week(s) leading up to the official launch. I suppose that technically makes them the very first MyNetworkTV programs.

Early ratings for Desire and Fashion House were dismal. Another pair of telenovelas (Watch Over Me and Wicked Wicked Games) debuted in December 2006 but fared no better. Things were so bad that MyNetworkTV abruptly changed its entire schedule in March 2007. The next two telenovelas (American Heiress and Saints & Sinners) aired only aired once a week. Initially, each aired on a different night in two-hour blocks. Later, a single episode of each aired back-to-back on the same night. In an attempt to attract viewers, MyNetworkTV added a mixture of reality programming, movies, and WWE SmackDown.

Will MyNetworkTV Survive Another Decade?

In February 2009, MyNetworkTV threw in the towel and gave up on original programming entirely, with the exception of WWE SmackDown. It became a programming service like Ion Television. In the process, it returned Saturday nights to affiliates.

WWE SmackDown moved to Sci Fi in October 2010. Since then, MyNetworkTV has relied solely on repeats of network or cable originals and some syndicated programming. It may not thrive as a programming service, but it performs better than it did as a network.

Will MyNetworkTV still exist in another ten years? If so, will anyone remember Desire, Fashion House, American Heiress, or any of its other telenovelas? If not, what will become of its 170+ affiliates?