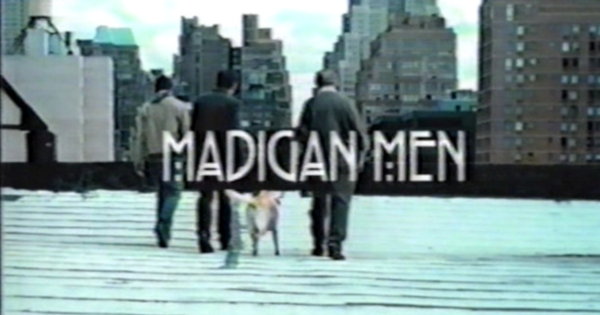 I’m introducing a new monthly column today called Let’s Remember, which will focus on short-lived TV shows that premiered after January 1st, 2000. It may seem unlikely in our wonderful digital age that TV shows from the past two decades can truly slip into obscurity. After all, isn’t just about everything available on YouTube?

No, of course not. You can’t find everything on YouTube. More importantly, watching promos or clips or even entire episodes on YouTube isn’t a substitute for having watched a TV show when it originally aired. Some amount of context is lost, not to mention the fact that descriptions and comments at YouTube are often riddled with mistakes and inaccuracies.

I decided to call this new column Let’s Remember because I see it as an opportunity for those who watched relatively recent short-lived TV shows, as well as those who didn’t, to share their thoughts and memories, to help ensure that these shows aren’t forgotten.

I’ll probably be fiddling with the format of the column for the next few months but I think it’ll look more or less like this.

From ABC’s website (via the Internet Archive’s Wayback Machine):

Gabriel Byrne stars as Benjamin Madigan, a highly successful, recently divorced New York City architect. After 20 years of being a dutiful husband, Benjamin doesn’t have a clue about dating. For his 17-year-old son Luke (John Hensley), juggling a series of girlfriends couldn’t come more naturally. And his ornery, recently widowed father Seamus (Roy Dotrice) can always be counted on to share some unsolicited advice. Together under one roof, they just might be able to teach Ben a thing or two about dating in the 21st century.

From the 2000 Fall Preview issue of TV Guide:

These Madigan Men are mildly droll at best, though Byrne is undeniably charming in a low-key way. And he enjoys effortless rapport with his hammy costar Dotrice, who unfortunately is saddled with the ripest of Irish cliches.

I only watched the premiere of Madigan Men back in 2000. Why didn’t I stick with the show? I can’t remember. While working on this column, I rewatched that first episode. That was two days ago. Honestly, I’ve already forgotten almost everything except a plot point about characters going to see The Lion King on Broadway.

Having only seen the premiere, I don’t have much of an opinion about the show. None of the characters really stood out. Presumably, much of the humor came from the interplay between father and son and their romantic relationships and entanglements. Add a feisty grandfather for good measure and you’ve got a sitcom.

As TV Guide noted, Roy Dotrice was little more than an Irish stereotype. Perhaps later episodes toned that down.

Madigan Men has not been released on DVD nor is it available through any streaming service. Check YouTube.

Do you remember watching Madigan Men back in 2000? Were you a big fan or a casual viewer? Do you wish you could see the unaired episodes? Hit the comments with your thoughts and memories to ensure that Madigan Men isn’t forgotten forever.