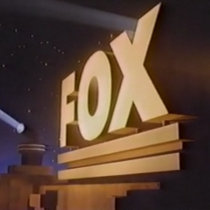 Technically, it’s not the 30th anniversary of FOX but the FOX Broadcasting Company did launch in prime time 30 years ago today. The network officially debuted on Thursday, October 9th, 1986 with its late-night talk show The Late Show Starring Joan Rivers. Its entry into prime time had to wait until Sunday, April 5th, 1987. The lineup that night consisted of two sitcom premieres, each aired three times.

In a box somewhere, I have TV Guide with a special insert for FOX’s prime time launch. Thanks to YouTube, enjoy the following 30-year-old FOX promotional spots as well as some commercials:

Here’s the schedule for that historic night when an upstart fourth network dared challenge the Big Three:

Over the next month, FOX rolled out a number of other shows: 21 Jump Street, Duet, and Mr. President. It wasn’t until May 10th that the network had a stable Sunday lineup. A second night of programming (Saturday) debuted on July 11th.

FOX did not consider itself a traditional television network in 1987. “We call ourselves a ‘satellite-delivered national program service,'” programming chief Garth Ancier told The Los Angeles Times prior to FOX’s prime time debut. “There are tremendous uphill battles” to becoming a fourth network, Ancier explained. “There are technical and built-in audience obstacles. This hasn’t been done since before I was born, with the old DuMont Network.”

Somehow, FOX pulled it off and here we are three decades later.

Were you watching FOX make its prime time debut 30 years ago? If so, do you remember whether you preferred Married… with Children or The Tracey Ullman Show? Did you expect FOX to survive?

9 Replies to “30th Anniversary of FOX in Prime Time”