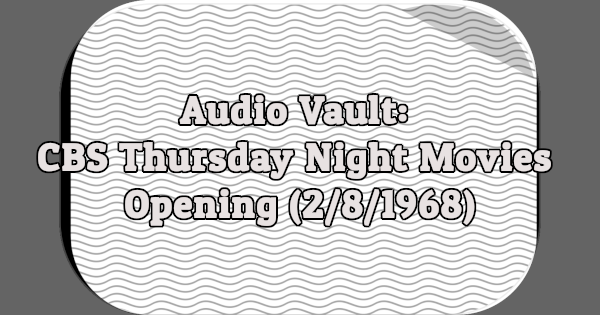 Here’s audio from the opening credits to the February 8th, 1968 installment of The CBS Thursday Night Movies, which featured the 1962 movie The Man Who Shot Liberty Valance:

This was a repeat broadcast. The Man Who Shot Liberty Valance first aired on The CBS Friday Night Movies in September 1967. A voiceover during the opening credits lists several big names from the cast as well as title of the movie.