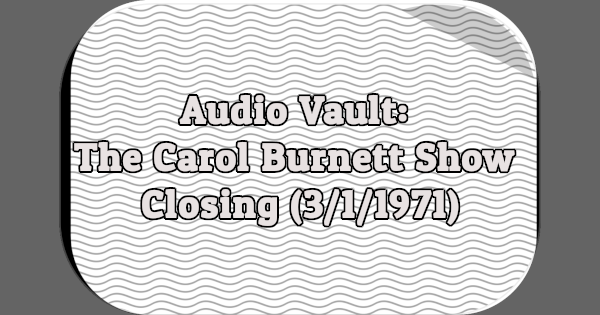 Here’s incomplete audio from the closing credits to the March 1st, 1971 episode of The Carol Burnett Show on CBS:

There’s a house for sale on the Bunker’s block and Archie is shocked at who his new neighbors will be. On All in the Family, tomorrow night on CBS at 9:30, 8:30 central time.

Hi, this is Merv Griffin. Tonight–