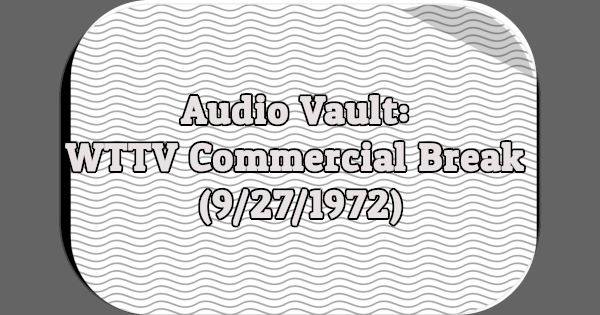 This particular commercial break aired following an episode of Gomer Pyle, U.S.M.C. in off-network syndication on WTTV. I don’t know what time of day the episode aired. Included are two commercials, a PSA for the Indiana State Employment Service, and a local station ID.

[Thrifty-Mart Commercial] “Important food announcement. ‘In these days of confusing prices, all food stores are saying they have the lowest prices. But do they? Now, Thrifty Mart says we will not be undersold on any advertised grocery item from any other food chain. And we back it up with a double your money back guarantee. This week at Thrifty-Mart, Bonnie enriched white sliced bread in a one pound loaf is only 16 cents. Just 16 cents.’ Remember, Thrifty-Mart, open twenty-four hours with the lowest price policy in town.”