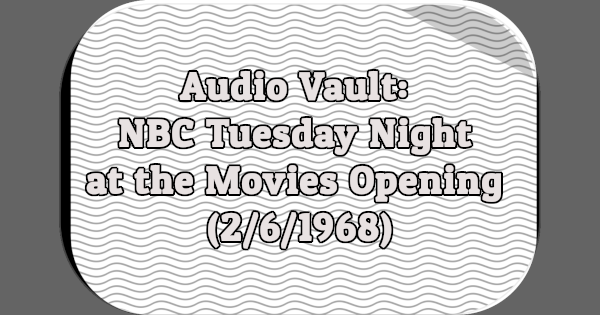 Here’s audio from the opening credits to the February 6th, 1968 installment of NBC Tuesday Night at the Movies, which featured the 1965 movie McHale’s Navy Joins the Air Force:

McHale’s Navy aired on ABC for four seasons and 138 episodes between October 1962 and April 1966. While still in production, the sitcom spawned two feature films. The first, McHale’s Navy, hit theaters in June 1964. The second, McHale’s Navy Joins the Air Force, premiered in July 1965.

I apologize for the quality of the audio, which was recorded on reel-to-reel audio tape by a relative of mine using a microphone held up to a television speaker.