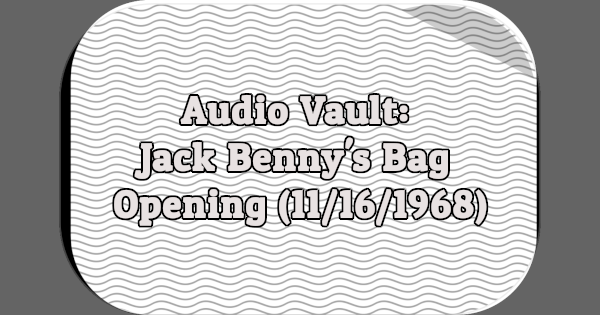 Here’s audio from the teaser and opening credits for “Jack Benny’s Bag,” an NBC special from 1968:

I originally planned to end this initial set of Audio Vault posts last week. However, someone asked if I could share audio from the opening to “Jack Benny’s Bag” and I’m happy to oblige. Beginning next week, Audio Vault will feature complete commercial breaks from the late 1960s and early 1970s.

The teaser lasts about two minutes and consists of a telephone conversation between Rochester and Jack Benny. Then the opening credits begin. They’re cut off before the sponsor (Texaco) is named.