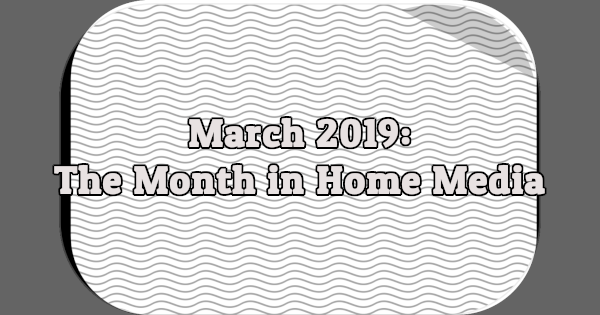 After two quiet months, things picked up in March. A forgotten adventure drama, Spencer’s Pilots (CBS, 1976), came out on DVD. So did both seasons of Here’s Boomer (NBC, 1980-1982). Plus, the first of four Man from Atlantis pilot telefilms came out on Blu-ray. Finally, there were four new releases from Alpha Video, including episodes of one season wonder My Hero (NBC, 1952-1953)

Highlight of the Month: Spencer’s Pilots

The Brady Brides (NBC, 1981) and The Bradys (CBS, 1990) are coming to DVD. The two short-lived spin-offs of The Brady Bunch are included in the upcoming 50th Anniversary Brady-est TV & Movie Collection from CBS/Paramount, scheduled for release on June 6th (TV Shows On DVD/Facebook).