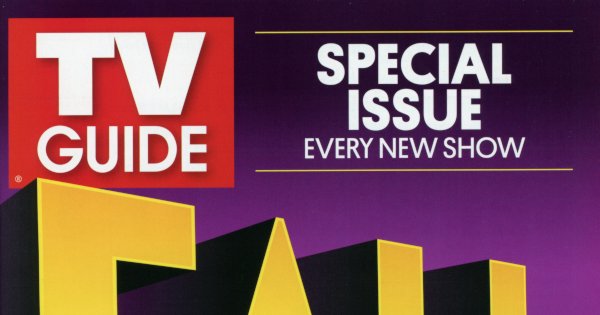 TV Guide‘s 2019 Fall Preview issue came out yesterday. In the past, I’ve had trouble finding a place to buy TV Guide but I went to a local grocery store this morning and found it right away. Multiple copies on multiple shelves in the checkout area. Assuming each shelving unit originally had more than one copy of the issue, several people had already purchased the issue before I bought my copy today. I doubt it’s going to sell out but if you’re interested in picking up the 2019 Fall Preview issue, it couldn’t hurt to look for it sooner rather than later.

I haven’t found TV Guide‘s annual Fall Preview issue useful for a long, long time. It’s the only issue I buy and I only buy it because I’ve been collecting Fall Preview issues for almost 20 years. This year’s Fall Preview is perhaps the most underwhelming yet. Like last year, new shows are grouped into categories but unlike last year’s issue, which included eight categories, this year there are only four: Comedy, Drama, PBS, and Sci-Fi. New shows on the networks, cable channels, and streaming services are lumped together.

Every new show is given a brief summary, some with cast or creator/producer interviews, others with detailed information about characters.

There is no network prime time grid but there is a calendar with series premiere dates for new shows through November.

The magazine had about 1.2 million subscribers during the first six months of 2019, roughly the same as the first six months of 2018, so there is an audience for a print magazine with TV listings. I’m not part of that audience and never have been. After leafing through this issue, I have to admit I don’t know how much longer I’ll keep buying the Fall Preview issue of TV Guide every year. There are large gaps in my Fall Preview collection I’d much rather focus on filling in.

Do you still a TV Guide subscriber? Do you collect Fall Preview issues? Share your thoughts in the comments.