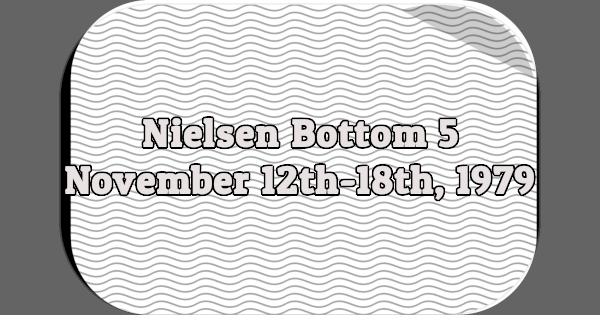 Here are the four* lowest-rated programs:

*The Associated Press only listed the four lowest-rated programs for this week.

ABC aired the Biblical special “The Thirteenth Day: The Story of Esther” from 7-8PM ET on Sunday, November 18th.