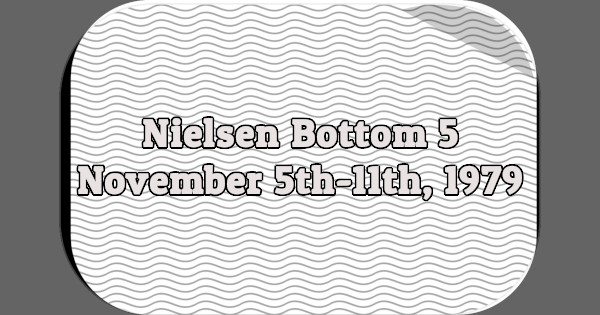 CBS aired a repeat of “The Horror Show: 60 Magical Years of Movie Monsters, Madmen and Other Creatures of the Night” from 8-9PM ET on Wednesday, November 7th, 1979:

CBS aired “The Lost Treasure of the Concepcion” from 8-9PM ET on Saturday, November 10th.