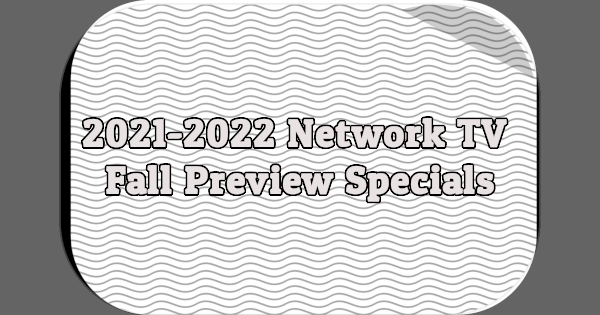 We’re only weeks away from the start of the 2021-2022 network television season and that means it is time for fall preview specials. Last fall, the COVID-19 pandemic wreaked havoc on the start of the 2020-2021 TV season. For example, The CW delayed the bulk of its shows until January 2021. FOX was the only network to produce a fall preview special. Hosted by Ken Jeong and Charissa Thompson, it aired nationally on September 13th, 2020.