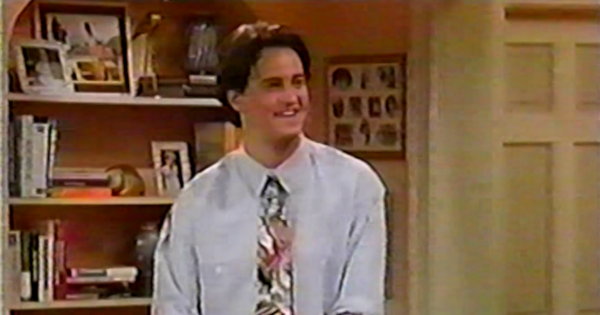 Matthew Perry starred in this ABC sitcom as a twenty-something reporter still living with his mother. When his older sister and her children move back home, Matt’s carefree life is turned upside down. Critics were vicious when it debuted in March 1993 and the show did not do well in the Nielsen ratings. Its cancellation gave Matthew Perry the chance to join the cast of Friends.

When ABC announced its 1992-1993 fall schedule in May 1992, the network had several new and returning shows waiting in the wings to serve as mid-season replacements [1]. Among the new shows ready to fill a vacant slot on the ABC schedule were sitcoms The Jackie Thomas Show, Sirens, Where I Live and Home Free. Returning shows being held back included American Detective and FBI: The Untold Stories.

Of the new sitcoms, The Jackie Thomas Show was the first to hit the air, premiering on December 1st. Where I Live debuted on March 5th, 1993 followed by Sirens on March 10th and Home Free on March 31st. Executive producer Tim O’Donnell had hoped the series would premiere early in the season, perhaps as early as Thanksgiving, noting that ABC wanted it on the air as soon as possible [2]. According to O’Donnell, it was the network’s highest testing pilot [3].

ABC announced in mid-February 1993 that Home Free would take over the Wednesday 8:30-9PM time slot beginning March 31st, replacing Doogie Howser, M.D. which would end its four-year run the week before [4]. The sitcom starred Matthew Perry as 22-year-old Matt Bailey, a reporter working at a small newspaper, the fictional News-Advertiser, while still living at home with his widowed yet lively mother Grace (played by Marian Mercer).

Content with his life and lack of adult responsibilities, Matt is dismayed to learn that his older, divorced sister Vanessa (played by Diana Canova) would be moving back home to start law school after leaving a bad marriage. Coming with Vanessa would be her two children, Abby and Lucas (played by real-life siblings Anndi and Scott McAfee). Suddenly, Matt’s carefree living arrangement wasn’t so carefree. Matt and Vanessa almost immediately began fighting with one another, just like they did when they were kids.

Rounding out the cast were Matt’s co-workers at the paper: Alan Oppenheimer as owner Ben Brookstone, Dan Schneider as Matt’s fellow reporter and best friend Walter, and Brooke Theiss as newly hired photographer Laura, whom Matt had a crush on.

Critics were savage in their reviews of the series. Months before it premiered and before it even had an air date, Jonathan Storm lamented in a January 1993 article in the Philadelphia Inquirier that ABC had yet another family sitcom on its way whether viewers wanted it or not [5]. Rick Marin’s review for Variety called the series “a dysfunctional sitcom subpar for ABC’s Wednesday night” and noted “Perry’s charms stretch thin as troublemaker Matt divides his time between home, work and a cute photographer” [6].

Rick Kogan of The Chicago Tribune said Home Free‘s “humor is in an inane class by itself” [7]. The Washington Post‘s Tom Shales took things personally, wondering if TV shows like Home Free were created simply “to make my life a living hell.” He also felt the series “is so thoroughly lacking in distinctive traits that the images all but vaporize the instant they hit the screen” [8]. 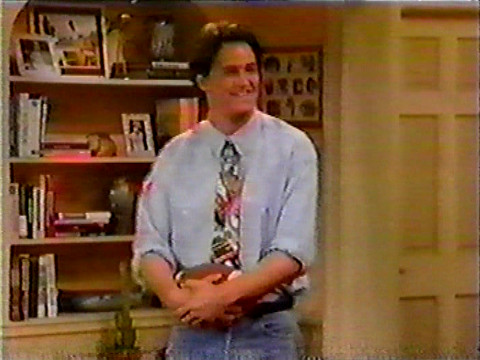 Robert P. Laurence of The San Diego Union-Tribune wrote that Home Free is “a TV show with no interesting characters and a situation as lifeless as its characters” that has “utterly nothing original about it” [9]. In its review, People Weekly stated that only the basis premise was “vaguely contemporary” and everything else from the writing to the moral lessons to the theme song was “strikingly dated” [10].

Not every critic was entirely negative. Howard Rosenberg of The Los Angeles Times had something positive thing to say, writing that “anything with the adroit Mercer in it can’t be all bad, and it’s her occasional glints of caustic humor-at the expense of the immature Matt-that keep the premiere from bottoming out” [11]. Likewise, Matt Roush of USA Today praised Marian Mercer and little else, suggesting that ABC “have Mercer toss everyone out and retitle this Home Alone” [12].

And The Boston Globe‘s John Koch, after suggesting that series “seems less a vehicle for comedy than a vacuum starved of it,” praised Dan Schneider by writing he “has the rumpled, chubby charm of a young John Candy and is able to put some eccentric spin on even the most generic jokes” [13].

Episodes of the series revolved around Matt coming to terms with his new situation, balancing home life with work and romance. His sister moving home meant he had to start being an adult and an uncle. In the series premiere, for example, Matt takes Abby and Lucas along with him while he checks out a story about a stranded dolphin. He’s trying to help Abby adjust but not only keeps them both out late on a school night but somehow also leaves Abby with the impression that skipping school is okay.

This leads to a confrontation at Abby’s school between Matt, Vanessa and their former principal (who loves Vanessa and hates Matt). Before long, Matt realizes that he has to let Vanessa be the parent and announces he’ll be moving out even though Grace knows he can’t afford it. Vanessa and Matt have a long talk about parenting and Matt finally growing up and the episode ends with the two hugging and Matt staying put. 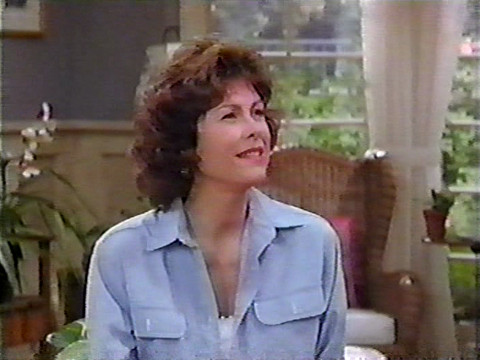 In another episode, Lucas takes Abby’s bike without permission and is grounded. Grace decides to “ground” Matt for taking Vanessa’s car without permission (same crime, same punishment) in order to teach him a lesson about being a good role model. She knows she can’t actually ground a 22-year-old but threatens to put something in his food if he doesn’t comply.

Stuck at home while the rest of the family visits a theme park, Matt suddenly gets the chance to go out on a date with Laura. He almost leaves but after learning that Lucas has been taking his advice to heart he decides to stay. Matt realizes he is a role model, his actions do have an effect on Lucas, and he should try and be more careful about what he does and says.

A number of episodes focused on Matt’s job. In one, he finally gets the chance to have a column of his own but can’t decide what to write about. He discovers that Walter’s father, who ran of years earlier, has asked to meet with his son and pushes his friend to take a chance. That’s what he winds up writing about but unfortunately Mr. Brookstone doesn’t think it’s a good fit for the paper.

In another episode, Matt gets the opportunity to work in television, which angers Walter and Laura who think he feels he’s better than them, but ultimately he but discovers that TV news isn’t everything he’d hoped for. He decides to stick with the paper. One episode saw Matt and Laura on assignment covering a space shuttle launch where they wind up sharing a cramped hotel room.

Other episodes involved Matt and Vanessa working together to try to bring down a judge they think is corrupt; Matt and Walter going on vacation to a tropical island only to wind up forced to work off the cost of a trip home; Matt convinces Walter to babysit after telling Vanessa he’ll be watching the kids and promising Abby she’ll be the one in charge; the entire family heads out to their old cabin where they reminisce about their father; and Matt and Vanessa both have dates on the same night and Vanessa doesn’t know if she’s ready to get back out there.

ABC won the night on the strength of a repeat of Home Improvement, which followed Home Free at 9PM and ranked second for the week with a 21.9 rating, almost doubling its lead-in [17]. Home Free was not off to a promising start. The second episode fell considerably, tying at 72nd for the week out of 90 shows with a 7.6 rating [18].

The 1992-1993 season officially ended on Sunday, April 18th, meaning only three episodes of Home Free actually aired during the regular season. Those three episodes averaged an 8.9 rating, tied at 80th for the season (out of 140 shows) with Civil Wars (also on ABC), Space Rangers and Picket Fences, the latter two shows on CBS [19]. 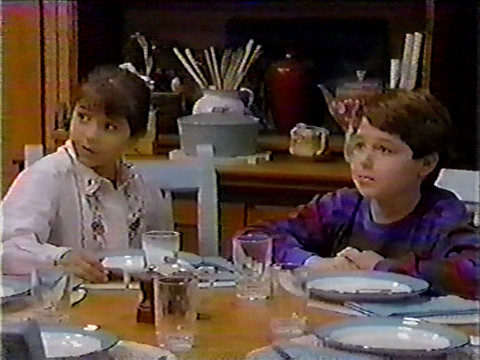 Anndi and Scott McAfee as Abby and Lucas

While the official season was over, Home Free was not. But the onset of the summer repeat season did not improve the show’s fortunes; viewers did not suddenly switch to the sitcom simply because it was showing new episodes. The fourth episode tied with Beverly Hills, 90210, each averaging a 7.6 Nielsen rating [20]. The fifth episode also averaged a 7.6 rating but was handily beaten by that Beverly Hills, 90210, which averaged a 10.1 rating [21].

After only five episodes, ABC pulled the series following its April 28th broadcast. A few weeks later, the network announced its 1993-1994 schedule and Home Free wasn’t on it. Also cancelled were fellow mid-season replacements Sirens and The Jackie Thomas Show [22].

In late, ABC began burning off Home Free, now airing Fridays at 9:30PM. The first episode in the new time slot averaged an 8.2 Nielsen rating, tied for 43rd out of 83 programs [23]. It was a slight improvement but the series had already been axed.

ABC pulled the series again after its July 2nd broadcast. Only 11 of the 13 episodes produced were aired.

The theme song to Home Free was performed by singer Christopher Cross, whose 1979 and 1983 soft rock albums were big hits. By the early 1990s, however, his albums were no longer charting. In their reviews, a few TV critics joked about Cross being dug up to sing the theme.

Brand new day,
Coming through the same old window.
Hey L.A., have you got a smile for me?
You and I, laughed and cried.
And watched the summers come and go.
And we dreamed some dreams.
Sweetest dreams we’ll ever know.

Curiously, when the series returned from its hiatus, the opening credits had been shortened by more than 20 seconds, cutting most of the lyrics.