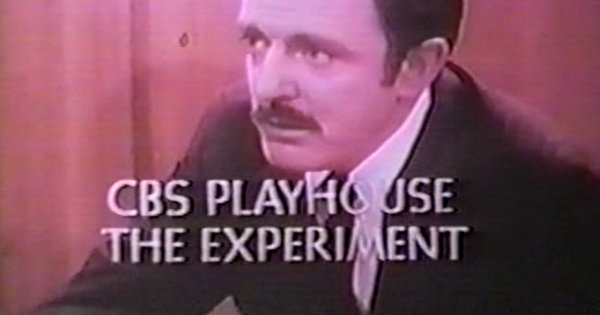 CBS hoped to recapture the glory of the Golden Age of Television with this dramatic anthology series. Scheduled intermittently, with a handful of installments airing each year, it earned decent ratings throughout the late 1960s.

CBS Playhouse wasn’t a regularly scheduled weekly television program but rather a series of irregularly scheduled dramas — or “plays for television” — broadcast between January 1967 and February 1970. CBS announced the CBS Playhouse in June 1966. The New York Times reported that the network planned to spend up to $500,000 to “encourage authors to write original and significant dramas for television,” with up to $25,000 paid for commissioned scripts [1]. John T. Reynolds, CBS president, explained that “once a writer’s work is commissioned by the program department, he will receive payment without restriction on the length of his drama, and without any time limitation on the completion of the final script. We will fit our schedule to the writer’s schedule” [2].

Michael H. Dann, CBS vice president of programming, stated that the network was actively seeking both new scriptwriters as well as those who had left the medium. Fred Coe, Herbert Brodkin, George Schaefer and Worthington Minor had been approached to producer while Barbara Schultz would serve as executive story editor [3]. Scriptwriters responded positively to the announcement. Said Paddy Chayefsky, “I couldn’t be more delighted by the C.B.S. announcement. I’ve got about nine ideas and I’d like to try them if I can avoid all the nonsense of ratings and pressures by networks, sponsors and packagers” [4].

CBS wasn’t the only network planning to revive the original television drama. ABC had earlier announced a regularly scheduled series for the 1966-1967 season called Stage ’67 while NBC had a variety of dramas in the works. In August, Michael Dann revealed that Herbert Brodkin, Fred Coe, Martin Manulis and George Schaefer had signed on as producers for CBS Playhouse, with each contracted for a single episode [5]. Reginald Rose was the first scriptwriter attached to the project, receiving $25,000 for a script titled “Dear Friends.” Said Rose, “It’s like old times. And I’m told by C.B.S. that I will have absolute freedom in writing what I want and also in the playing time. Mike Dann said it could be an hour, an hour and a half, an hour and 42 minutes or two hours” [6].

Aaron Copland was commissioned by compose a one-minute theme for CBS Playhouse, his first work for television [7]. In October 1966, Val Adams wrote an article in The New York Times questioning when CBS Playhouse would debut on television, reporting that the series would likely premiere in early 1967 and that 13 scripts had been commissioned, including works from Peter Shaffer, Luther Whitsitt and Ronald Ribman. Adams also provided a list of other writers “official at work” on the series: Reginald Rose, Ernest Kinoy, Ellen Violett, Adrian Spies, Loring Mandel, Robert Crean, Roger O. Hirson, Jan Hartman, Mario Fartti, Anthony Terpiloff [8].

In November, CBS officially announced that CBS Playhouse would premiere in February 1967, with Ronald Ribman’s “The Final War of Olly Winters,” about “a Negro Army sergeant serving as a United States military adviser in South Vietnam in 1963 before this country committed troops to combat” [9]. It ultimately aired on January 29th, 1967. Critical response was ecstatic. CBS took out a full page advertisement in The New York Times that included quotes from ten newspapers, including The Washington Post, The New York Times, The Cleveland Press, The New York Post and The Baltimore Sun; the advertisement noted that 30 million viewers watched the play [10].

In early February, the General Telephone & Electronics Corporation agreed to spend $2 million to sponsor four additional installments of CBS Playhouse during the 1967-1968 season, the first of which, Loring Mandel’s “Do Not Go Gentle Into That Night,” would star Fredric March and his wife Florence Eldridge. Commercials would probably be limited to just two breaks per hour; “The Final War of Olly Winter” had featured several minute-long commercials from a variety of advertisers [11].

March and Eldridge were forced to pull out of the play due to March’s health; they were replaced by Melvyn Douglas and Shirley Booth [12]. In August, The New York Times reported that the October 17th premiere of CBS Playhouse would run without commercial breaks, featuring a 5-6 minute commercial at the start of the program and, depending on running time, an additional 3-minute commercial at the end [13]. The broadcast garnered a 17.3 Nielsen rating, placing it outside the Top 25 for the week, but not by that much (two programs tied for 25th with 19.9 Nielsen ratings) [14].

In June 1970, Michael Dann resigned as senior vice president of programming for CBS (taking a 75% pay cut, he went to work for the Children’s Television Workshop, responsible for Sesame Street) [19]. His departure may have played a part in the decision not to continue CBS Playhouse. In February 1972, a new irregularly scheduled dramatic series had its debut on the network: CBS Playhouse 90. The title combined CBS Playhouse with the venerable Playhouse 90 that had run on CBS from from 1956 to 1960.