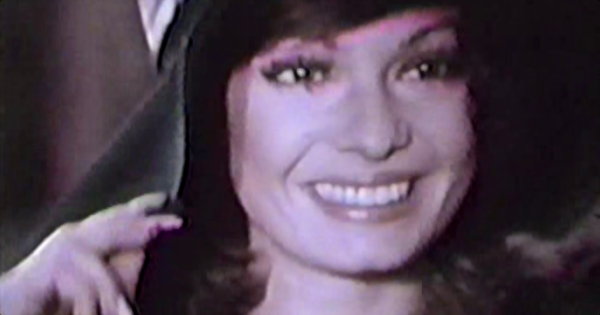 ABC never aired this unsold sitcom pilot from 1974, its second attempt to build a show around Karen Valentine.

Karen Valentine starred as Alice Johnson on ABC’s Room 222 from September 1969 to January 1974. In 1973, the network considered picking up a sitcom pilot called “The Karen Valentine Show” and giving Valentine the option of doing both shows or leaving Room 222 [1]. ABC passed on the pilot and Valentine remained with Room 222 until it ended.

A second pilot called “The Karen Valentine Program” was then put into production. In a January 16th, 1974 United Press International article about the recent cancellation of Room 222, Valentine explained she would play a young woman separated from her husband and that the series will mix comedy and drama. “I can’t play an ingenue for the rest of my life,” she explained, “although it didn’t hurt Doris Day, Debbie Reynolds–and Fred MacMurray. If the new series works, I’ll be playing a mature woman instead of a girl” [2].

In a January 24th article, The Chicago Tribune reported that Valentine would be shooting a pilot called “The Karen Valentine Program” in February [3]. Her character was described as a recently divorced woman looking for work.

Broadcasting included “The Karen Valentine Program” as an ABC pilot in a March 1974 list of more than 100 pilots under consideration for the 1974-1975 season [4]. It was written and produced by Lorenzo Music and David Davis, the creative team behind The Bob Newhart Show.

In the pilot, Valentine played Karen DeAngelo, a young woman who lives in Oregon and is separated from her husband Tom (played by Archie Hahn). Dena Dietrich and Garry Walberg played her parent, who won’t stop interfering in her life. Vern Rowe played her new neighbor, a minor league baseball player. Karen and Tom decide to get a divorce but their lawyer friend refuses to help them. The two decide to try to live separate lives and not see much of each other. Karen is then offered a job at her friend’s law firm.

On May 10th, The Los Angeles Times reported that the resulting series would debut in January 1975 [7]. The Hartford Courant concurred two days later, reporting that the series would be produced in front of a live audience in Los Angeles [8]. However, the pilot didn’t sell and no series materialized.

On June 10th, Aaron Gold revealed in The Chicago Tribune that Valentine had just been signed by Larry Gelbart and Gene Reynolds to star in a pilot for a potential mid-season replacement, calling it her “third try at a series” [9].

Karen premiered on January 30th, 1975 on ABC. Thus, it appears the turnaround between “The Karen Valentine Program” and what would become Karen was relatively quick. Karen ran for just thirteen weeks, ending in May 1975. It co-starred Dena Dietrich, who this time played Karen Valentine’s co-worker.

“The Karen Valentine Program” was never aired. Both UCLA’s Film and Television Archive and The Paley Center for Media have copies of the pilot in their collections.