In his third television show, John Forsthye played a widower who moves to Rome with his three daughters. The sitcom ran for two seasons on CBS from 1969 to 1971.

Seven years after the end of the successful Bachelor Father and three years after The John Forsythe Show wrapped up its one and only season, John Forsythe returned to television in his third sitcom: To Rome with Love on CBS. The series premiered on Sunday, September 28th, 1969 running from 7:30-8PM opposite Land of the Giants on ABC and The Wonderful World of Disney on NBC. Forsthye starred as Professor Michael Endicott, a widower with three daughters who moves his family to Rome in an attempt to make a fresh start.

Playing the daughters were Melanie Fullerton as Pokey, Susan Neher as Penny and Joyce Mengus as Alison. During the first season, Kay Medford appeared occasionally as Michael’s sister Harriet, who continually attempted to convince his brother to move back to Iowa. Walter Brennan joined the cast in the second season as Michael’s father-in-law who moved to Italy to be closer to his granddaughters. Fleshing out the Italian locale were Vito Scotti and Peggy Mondo as Mr. Mancini and Mama Vitale. To Rome with Love ran for two seasons and 48 episodes, with the final first-run episode airing in February of 1971.

To Rome with Love was produced by Don Fedderson and Edmond Hartmann, the creative team behind My Three Sons and Family Affair. Asked if the show had a good chance of success, Forsythe replied that “it’s slightly different, without being new” and suggested that what viewers really wanted was to “be entertained by people they have grown comfortable with” [1]. He also opined that To Rome with Love would be far better than The John Forsythe Show, explaining that “I choose to forget about that one. It was a disaster from the start. I hope the world forgets it too, especially the name” [2]. 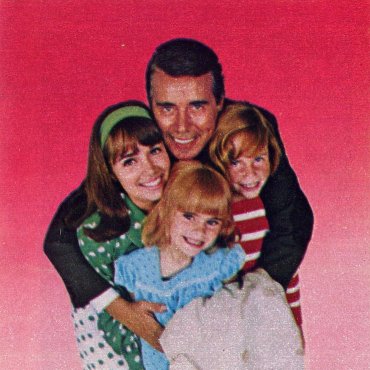 Reviewing To Rome with Love the day before it premiered, critic Jack Gould wrote that “the personable John Forsythe is the main asset of the series, but it is doubtful if he alone can overcome the handicap of imposing Hollywood nonsense on a city rich in drama and laughter yet to be explored with understanding by TV. For the viewer, one solution is to turn off the sound and settle for incidental scenic background” [3].

The San Diego Union‘s Donald Freeman called the show “all stereotyped and unfailingly pleasant” while Terrence O’Flaherty of The San Francisco Chronicle complained that it “is a giant pizza which appears to be filled with every situation comedy cliche in TV history and every Italian character actor south of San Luis Obispo” [4]. Slightly more positive was Dwight Newton of The San Francisco Examiner, who referred to the show as “another little innocuous comedy drama series” [5].

According to Broadcasting, To Rome with Love premiered with a 15.0 Nielsen rating; the following week it settled into the middle third of the pack [6, 7]. In late December, Clarence Petersen reported that To Rome with Love was one of several new shows on CBS “having ratings problems” [8]. Nevertheless, CBS renewed the the show for the 1970-1971 season in February of 1970, shifting it to Tuesdays from 7:30-8PM [9].

When its second season premiered in Tuesday, September 15th, 1970, however, To Rome with Love occupied the 9:30-10PM half-hour on Tuesdays. The premiere tied for 36th for the week [10]. Beginning with the January 13th, 1971 broadcast, the show shifted to Wednesdays at 8:30PM. CBS officially cancelled the sitcom on March 17th, 1971 [11]. The final repeat was aired on September 1st.

What went wrong? Likely a variety of factors. Aside from the setting, To Rome with Love was a particularly noteworthy concept. That it received a second season could have been due to a poor development slate rather than belief the show would draw new viewers. Or, perhaps, CBS did think it could improve the show’s numbers. According to an August 9th, 1970 article in The Chicago Tribune, the show “did rather well in its first season last year, even tho it was opposite Walt Disney on Sunday nights. But everyone felt something new should be added in the second year and it was John Forsythe, the star of the show, who suggested to [producer] Don Fedderson that he try to get Walter Brennan to play Grandpa” [12].

In the end, middling ratings and poor critical reception likely combined to doom the show. One final note: when it was first announced in February of 1969, the show was called When in Rome [13].