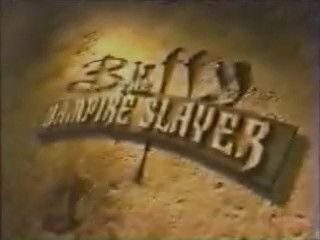 Worried that its new series Buffy the Vampire Slayer was too violent for younger viewers, The WB aired a disclaimer prior to the two-hour series premiere on Monday, March 10th, 1997. Following the disclaimer was a brief trailer intended to introduce viewers to the mythology of the series. It ended with the line “And now, the series premiere of Buffy The Vampire Slayer.” When the pilot was repeated on Sunday, March 10th, 1997, the final line was altered to say “Now, a special weekend presentation of Buffy The Vampire Slayer.”

Additional “History of the Slayer” teasers for Buffy The Vampire Slayer, featuring additional slayers, were shown in the weeks prior to the series debut.

During the summer repeat season, the two-hour premiere was split in half for rebroadcast and was shown during June and August 1997. Whether or not the trailer preceded these airings is unknown.