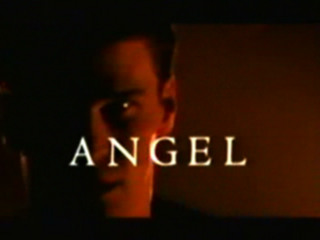 Angel was a spin-off of The WB’s hit series Buffy The Vampire Slayer, which debuted in 1997. No pilot was filmed for Angel. Instead, a “pilot presentation” was shot on location in Los Angeles by a “skeleton crew” only days before The WB’s upfront presentation [1]. With the series already picked up for the 1999-2000 season, the only question was whether The WB executives would decide to air the two shows back-to-back on Tuesdays. Ultimately, they did.

The presentation was screened at the network’s upfront presentation on May 18th, 1999. Afterwards, creator Joss Whedon told potential advertisers that Angel came about because “it occurred to me there was another story that needed telling” [2].