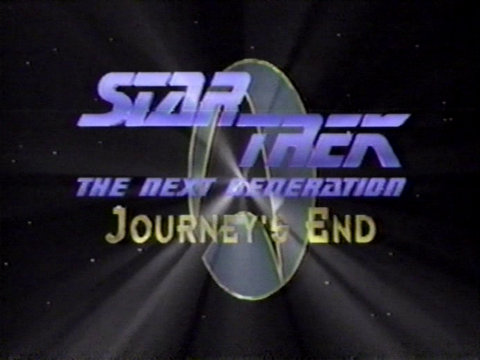 Here’s a brief promotional spot for the series finale of Star Trek: The Next Generation, which aired in first-run syndication in May 1994. It features the “Journey’s End” branding used to promote the finale.

This spot is from WTIC-TV (Channel 61) in Connecticut, which aired the series finale during the weekend of May 28th and 29th. You wouldn’t know that from watching the spot, which was likely part of the national feed for the episode rather than inserted locally.