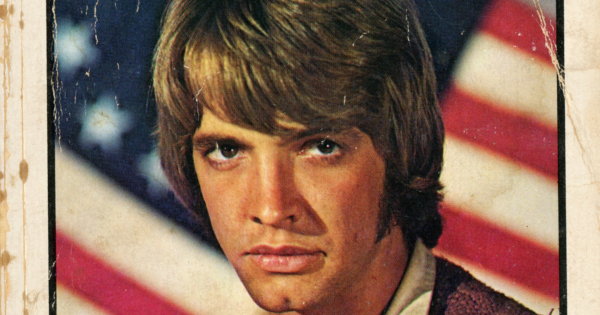 The second of two novels based on ABC’s The Young Rebels, The Sea Gold Incident sees young revolutionaries Jeremy Larkin, Isak Poole and Henry Abington charged by General Lafayette with somehow getting a shipment of gold past the British Redcoats and back to Headquarters. The gold is aboard the French ship St. Michel. It has been melted down and molded into the shape of something that only the captain knows. Unfortunately, the British are also aware of the ship’s valuable cargo. 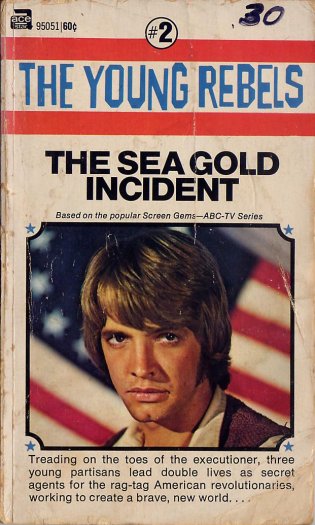 The three meet a one-armed man named Jack Cooley who they eventually learn to trust. He proves quite helpful. They also meet a young woman named Jane Powers after they’re captured by her father, a staunch loyalist. She eventually comes around and decides to help them. Jeremy, Isak, Henry and Cooley learn that the gold has been molded into a railing aboard the St. Michel.

After retrieving it they’re told that Jane and her father are being interrogated by the British. Their plan to save the two backfires and Jeremy, Isak and Cooley are captured by the British. Together with Jane and her father the three are forced to go out to the sinking St. Michel to look for the gold (which they’ve already hidden on shore). When the British leave, the others are left behind. Jane’s father dies before they can get back to the safety of dry land. But the gold is in the hands of the revolutionaries. The Young Rebels have won the day. 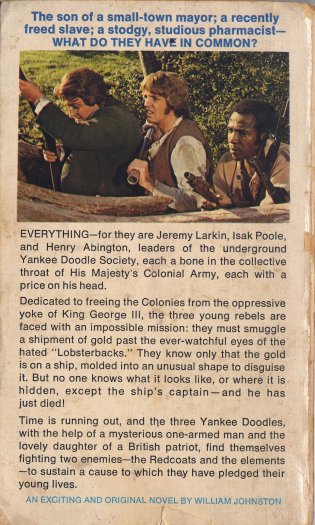 The Sea Gold Incident is a very good adaptation of The Young Rebels, although there isn’t much of the humor that was part of the television series. Nor does Elizabeth Coates, Jeremy’s girlfriend, show up or even merit a mention. But that doesn’t detract from the story in the least. Henry Abington, a Ben Franklin type, has a few intellectual moments, including one in which he assures Jeremy and Isak that there won’t be a storm and there’s no reason to close the shutters in their rooms. There is a storm and poor Henry gets drenched before he can close his shutters.

The bulk of the action rests on Jeremy and Cooley. At one point, the two are set adrift in a small boat by the British. They work together and manage to get back to land. And at the end of the novel Cooley decides to join the cause for good. The revolutionaries get their gold and a new soldier.

One Reply to “Bookshelf: The Young Rebels – The Sea Gold Incident”