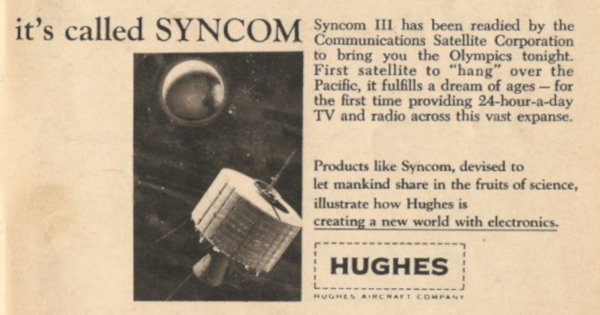 Here’s a TV Guide ad from October 1964 promoting live coverage of the 1964 Summer Olympics on NBC: 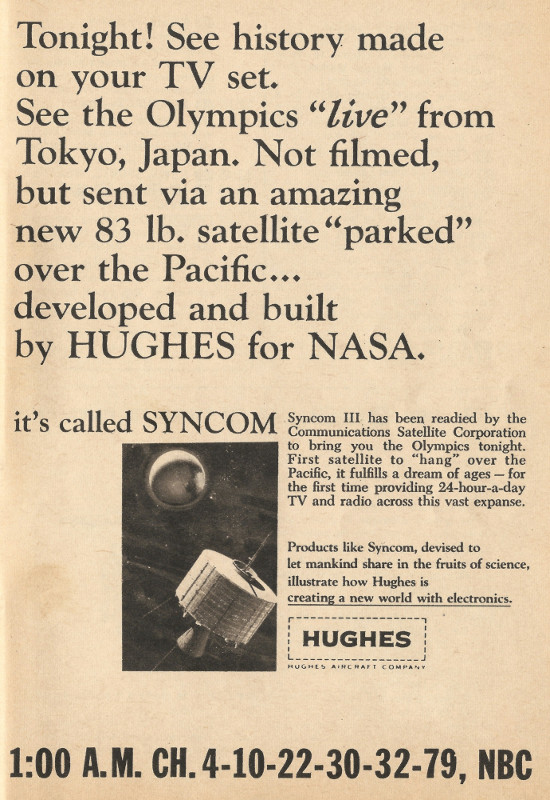 If you were willing to stay up until 1AM Eastern on Friday, October 9th (technically by then it was Saturday, October 10th) you could watch the opening ceremonies of the 1964 Summer Olympics live from Tokyo on NBC, courtesy of the Syncom III satellite. The live coverage was scheduled to last two hours. NBC decided to delay the ceremony for the West Coast rather than interrupt its regular prime time and late night programming, a decision that upset the Japanese.

The opening ceremonies were the only portion of the 1964 Summer Olympics that NBC carried live. The rest of the its coverage consisted of film or videotape shipped from Japan to the United States.