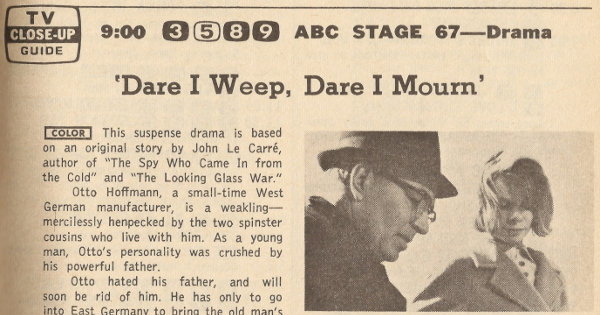 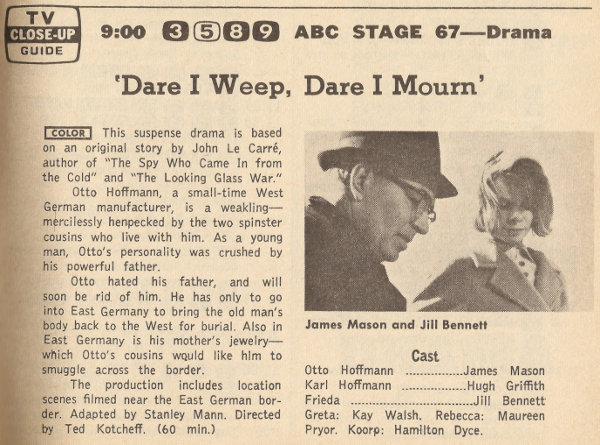 Based on an original story by John Le Carre (who wrote The Spy Who Came in from the Cold), the episode starred James Mason, Hugh Griffith, and Jill Bennett.

This particular Close-Up is from the Iowa Edition of TV Guide. Channel 3 was KTVO in Ottumwa, IA; Channel 5 was WOIA-TV in Des Moines-Ames, IA; Channel 8 was WQAD-TV in Moline, IL; and Channel 9 was KCRG-TV in Cedar Rapids, IA.