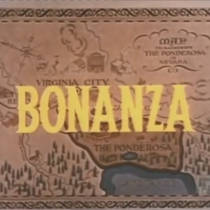 While attempting to learn more about an “alternate” theme song for Bonanza, I found a number of articles discussing Bonanza‘s sudden cancellation in November 1972. The tragic death of Dan Blocker on May 13th of that year, less than a month before production was to begin on Bonanza‘s 14th season, meant drastic changes had to be made to scripts that had already been finished. Blocker’s character, Hoss Cartwright, was incredibly popular.

According to a May 21st article in The Chicago Tribune, 14 scripts had been completed. David Dortort, Bonanza‘s creator and executive producer, felt “all will have to be scrapped.” An additional 12 were in the process of being written and would “either have to be dropped or heavily rewritten” [1]. One finished script (for an episode called “The Witness”) involved Blocker’s character searching for “a witness to free his brother Joe of a murder charge” [2].

Prior to Blocker’s death, the plan was to kick off the new season with a special two-hour episode written by Michael Landon. The episode would’ve seen Hoss marry only for his new wife to be murdered. The script was filmed with Landon’s character, Little Joe, taking over for Hoss. Landon also directed the episode. It was broadcast as scheduled on Tuesday, September 12th, 1972. Previously, Bonanza was seen on Sunday nights for more than a decade.

The episode ranked fourth for the week with a 25.1/38 Nielsen rating [3]. But its new Tuesday competition was more than Bonanza could handle. Clarence Peterson, writing in The Chicago Tribune, suggested as much in September while analyzing the new season:

There is a sense in NBC’s Tuesday night strategy, however. NBC starts with a one-hour show, Bonanza, against two half-hour comedies, which puts the hold on Bonanza viewers thru the first half-hour of opposition programs that begin at 7:30.

The return of a news and public affairs hour at 9 p.m., on the other hand, indicates that NBC views its Tuesday night chances as a long shot. Viewers who start with NBC and find themselves locked in for three hours will quickly discover that they’ll miss the movie on CBS or Marcus Welby on ABC, and they are unlikely to make a habit of that [4].

On Monday, November 6th, 1972 NBC officially canceled Bonanza. It was a complete surprise to the cast and crew but not, perhaps, to the television industry as a whole. Bonanza‘s Nielsen ratings had tumbled following the strong season premiere. The October 24th episode ranked 52nd; the October 31st episode 48th [5, 6].

Bonanza‘s sudden cancellation meant there was no time for the cast and crew to write a final episode. Said Lorne Green, “If we had know this was coming, we would have gone out with a bang and not a whimper [7]. Filming on the last episode was finished on Wednesday, November 8th, only two days after the network had announced Bonanza‘s cancellation [8]. “I was rather surprised NBC renewed the show after Dan died,” Greene stated, “but since they did, I would have liked to see them play out the year” [9].

The final episode of Bonanza was broadcast on Tuesday, January 16th, 1973. It wasn’t the final episode filmed, however. That episode was shown the previous week. And thus, the show that had once topped the Nielsen ratings limped rather than galloped off into the sunset after 431 episodes.