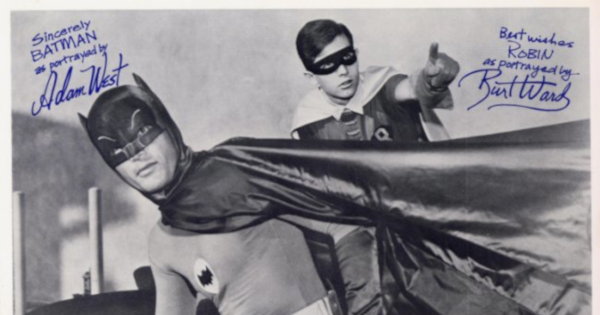 ABatman burst onto the scene in January 1966, airing twice a week on ABC, and its instant popularity led to an incredible assortment of toys and collectibles. There were action figures, board games, novels, trading cards, coloring books and more. I have a few odd Batman items in my collection of television memorabilia.

First up is a black and white promotional photograph featuring pre-printed autographs of Adam West and Burt Ward, from 1966. I believe it was available by mail order. 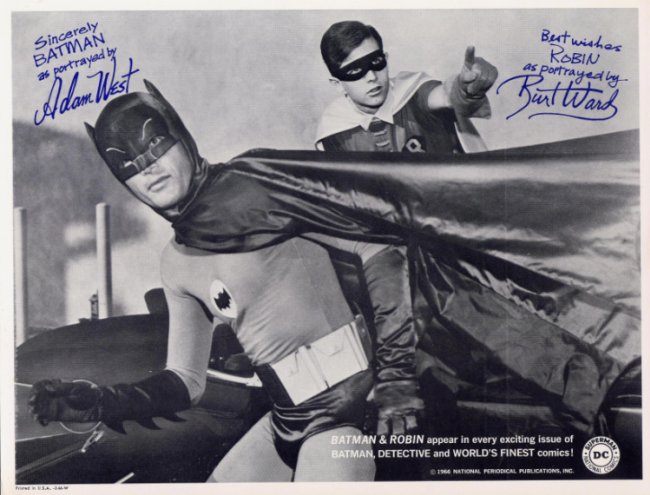 Next are six small stamps featuring Batman, Robin, the Batmobile, the Joker, the Riddler and the Penguin. I don’t know anything about them. It looks like they connected as one piece of plastic and were later twisted and pulled apart. The two small pins on each stamp suggest perhaps they fit into a holder of some sort. Or maybe not. Perhaps they came in a cereal box? 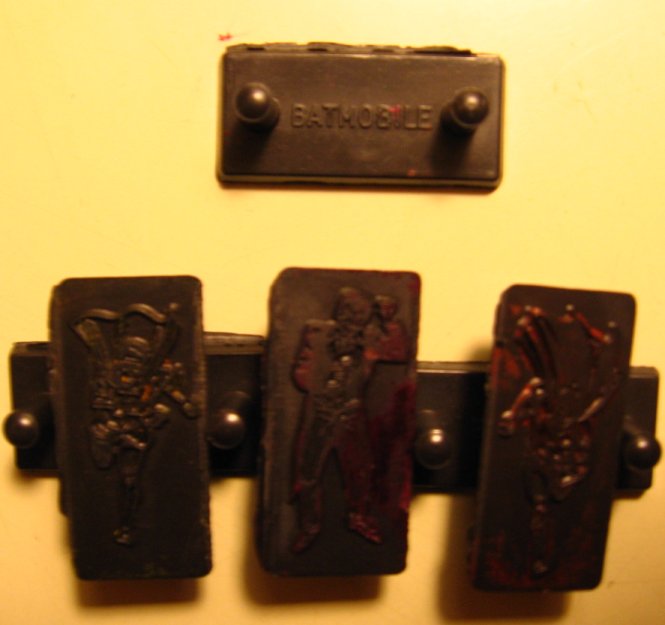 Finally, here’s a Batman Tru-Vue film card. To be honest, I hadn’t heard of Tru-Vue until I started researching this card. The company was founded in early 1930 and was popular during the 1930s and 1940s and later competed with View-Master, which used a round card rather than a square one. 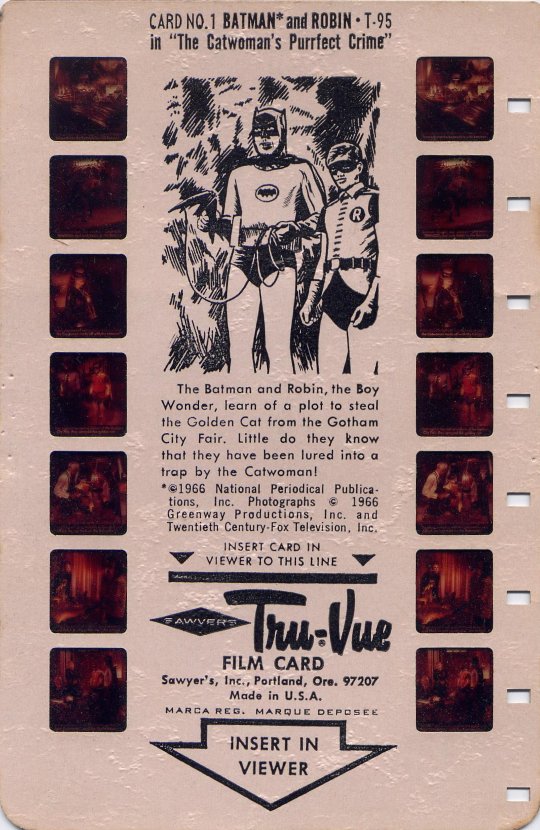 There were three Batman Tru-Vue film cards. This is the first. There was also a special Batman Tru-Vue viewer. I tried scanning two of the individual film frames/cells with limited success. 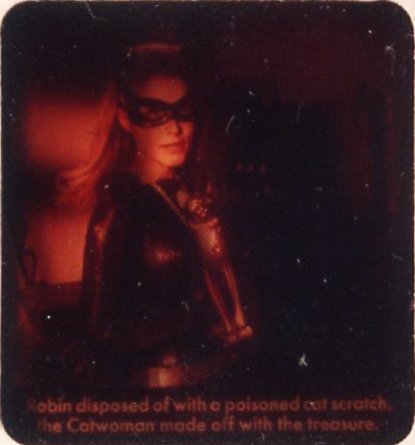 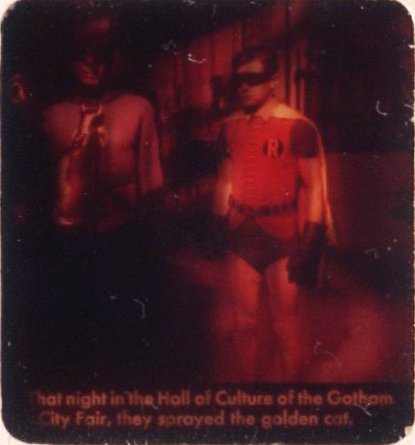 This particular film strip was found inside the cabinet of an Edison Diamond Disc player where it had presumably fallen and been forgotten during the 1960s. I don’t have a Tru-Vue viewer so unfortunately I can’t enjoy its wonderful stereography.