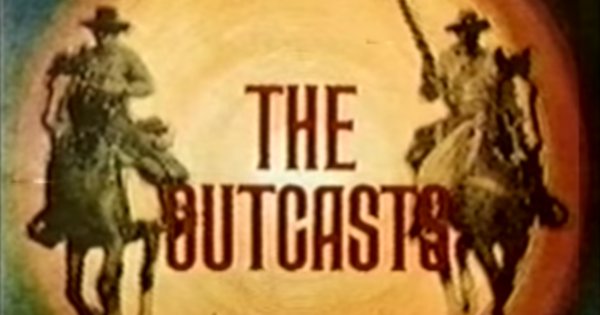 I am trying to find a show that was a WESTERN called “The Outcast.” I don’t remember who else starred in it but I know one of the stars was Otis Young.
Lisa

Otis Young was indeed one of the stars of ABC’s The Outcasts, along with Don Murray. The series was set after the Civil War and followed the adventures of a Virginia plantation owner and former slaveholder Earl Corey (played by Murray) and freed slave turned bounty hunter, Jemal David (played by Young). Following the end of the Civil War, Earl became something of a drifter. When Jemal asked him for help in tracking down a fugitive, an unlikely partnership was born.

The show premiered on September 23rd, 1968. It competed with Mayberry R.F.D. and Family Affair on CBS as well as the first half of The NBC Monday Night Movie. It did not do well in the ratings but managed to hang on for a full season. The series finale aired on May 5th, 1969.

I remember a show called something like “Class of 1965” or something like that. Specifically, I remember an episode with Don Johnson as a wounded war veteran from the south. I can’t find any evidence that it ever existed. Do you have any info?
Marie

NBC’s anthology series, What Really Happened to the Class of ’65?, premiered on Thursday, December 8th, 1977. Tony Bill played teacher Sam Ashley, who graduated from Bret Harte High School in 1965 only to return 12 years later as a teacher. Each episode focused on the current status of one or two students who graduated alongside Ashley. There was the class clown, the class misfit, the class poet, the class dreamers and so on and so forth.

The series was based, loosely, on a 1976 non-fiction book written by written by Michael Medved and David Wallechinsky in which the two interviewed 30 members of Medved’s 1965 high school class (many had earlier been featured in a TIME cover story in 1965). According to Cecil Smith, Universal Television wanted to produce a miniseries based on the book, one that would actually adapt the real stories to the small screen [1]. John J. O’Connor explained that NBC paid the authors $200,000 before realizing that reality of the book was “too downbeat” and deciding instead to dramatize fictional stories [2].

Here’s what O’Connor had to say about the first episode (which starred Annette O’Toole as the most promiscuous girl in class): “All of this drivel is fleshed out with passing references to Vietnam and popular songs of the period. The music track may be the most irritating ever devised for a series, sounding as if some stereo freak had happened to wander onto the sets with a blaring portable radio” [3].

A total of fourteen episodes (two of which were two hours in length) were broadcast, the last of which aired on May 25th, 1978 (more than two months after the previous episode). The January 12th episode, “The Class Crusadar,” starred Laura Prange as the idealistic class valedictorian who travels to Appalachia to help the poor, falls in love (with Don Johnson) and learns that not everyone appreciates people like her.