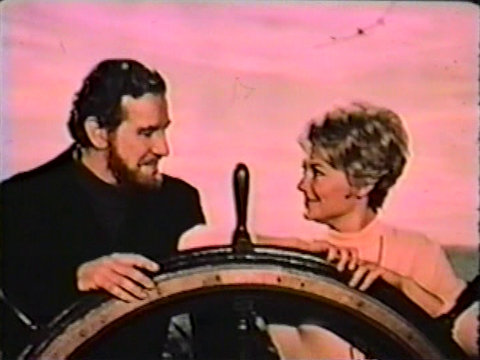 Here’s a very brief bumper for The Ghost & Mrs. Muir in which Hope Lange and Edward Mulhare inform viewers that their show is coming up next and is in color. I originally assumed it aired during a commercial break but in the comments, Mike Doran explained that it aired immediately prior to the opening credits during the show’s second season on ABC from 1969 to 1970.