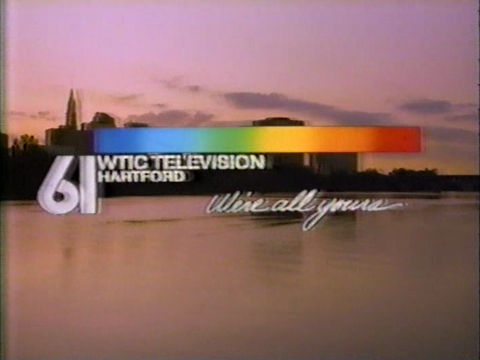 Here’s a 10-second station identification for WTIC-TV (Channel 61) in Connecticut, from March 1985. The voiceover claims that WTIC-TV is “the most powerful television station in America.”