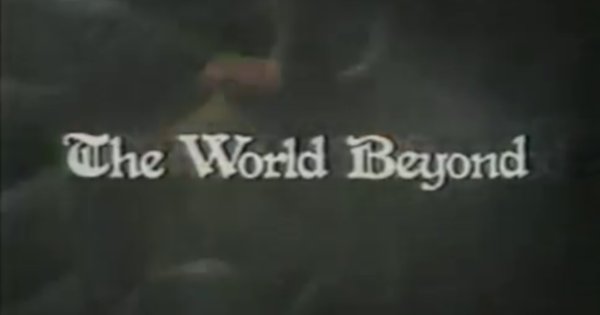 I recall one summer replacement show in particular that aired briefly in the summer of 1974 or 75. It involved a man who had “died” on the operating table but was sent back so that he could right wrongs and help people in need. I have no recollection of the show title or the name of the person who starred in the show – only that he was (at the time) featured in a series of Mazda car commercials. There were maybe 3-4 weekly episodes but the only plot I remember involved a golem of some kind.

Long-story short, there appears to be absolutely no trace and no memory of this show. I have looked in books, scanned numerous websites, even contacted TV Guide magazine, but no one seems to have any recollection of such a show. I can understand that, perhaps, none of the episodes are still in existence. But you’d think there would be some record, somewhere, of it having been on the air.

Does this show ring a bell for you?
Joe

In 1977 and 1978, CBS aired a pair of hour-long pilots for a proposed supernatural drama. Granville Van Dusen starred as a sportswriter named Paul Taylor who dies on the operating table after a motorcycle accident. He’s brought back to life. Now he can hear the voices of people who’ve recently died so he can help their family members.

The first pilot was called “The World of Darkness” and aired on Sunday, April 17th, 1977. In it, Paul Taylor is sent to a town in New England where a woman and her aunt are terrified by an evil spirit.

The second pilot was called “The World Beyond” and aired on Friday, January 21st, 1978. Paul travels to an island in Canada where a creature made of mud is killing residents. “The World Beyond” is available on YouTube in its entirety:

The pilots weren’t picked up and no additional episodes were made. They fit Joe’s recollections perfectly. They aired in 1977 and 1978, not 1974 or 1975, but it’s not uncommon for people to e-mail me and be off a few years. After all, we’re talking about something that aired once more than four years ago.

I remember a travel show from the late 60’s/early 70’s called ‘Golden Voyage’, but can’t find it in any TV show lists. Can you give me any information about it?
Linda

There was a travel show (or travelogue) called The Golden Voyage that debuted in syndication in 1968. Host Jack Douglas previously produced and hosted a local version of the show for two or three different TV stations in Los Angeles beginning in 1955.

Unfortunately, I can’t find much information about the syndicated version. Either 39 or 78 half-hour color episodes were produced. Episode titles include “The New Jerusalem,” “Round About Capetown,” “Away from Manila,” “Incomparable Switzerland,” and “Leisurely Days in Lebanon.”

The show may have continued airing in parts of the country until 1972 or later.

Do you remember watching “The World of Darkness” or “The World Beyond” back in the late 1970s? Do you have any information on The Golden Voyage? Hit the comments with your memories and recollections.