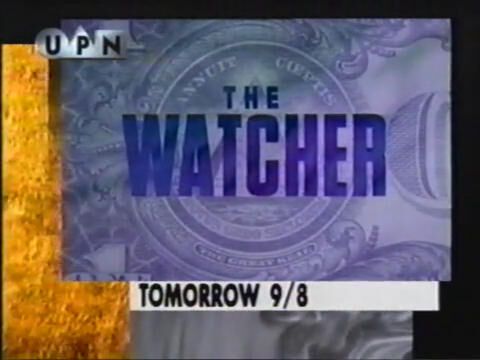 Here’s a promotional spot for the series premiere of UPN’s The Watcher, part of its Tuesday action/adventure block. It was part of the network’s inaugural schedule. The series debuted on Tuesday, January 17th, 1995. Like most of UPN’s first shows, it was a failure and was cancelled after 13 episodes. It was pulled from UPN’s schedule in April with the last two episodes not airing until August 1995.