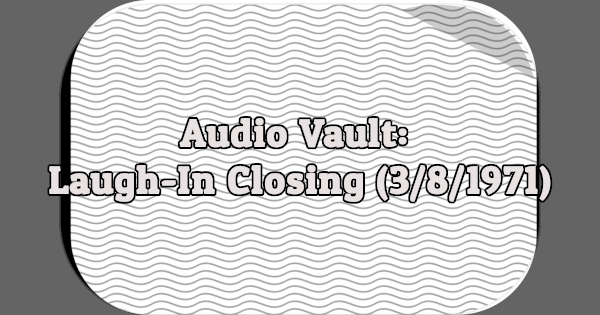 Friday, March 31st, 2017 Update: You can now listen to the complete audio from the closing credits, ending with the NBC chimes.

Here’s audio from the closing credits to the March 8th, 1971 episode of Rowan & Martin’s Laugh-In on NBC:

The audio starts with the famous “Say goodnight, Dick” exchange and ends with the NBC chimes.

During the credits, Ed McMahon voices a network promotional spot for The Tonight Show Starring Johnny Carson with guest host Joey Bishop and the crew of Apollo 14, among others. The promo can be heard at the 1:39 mark.