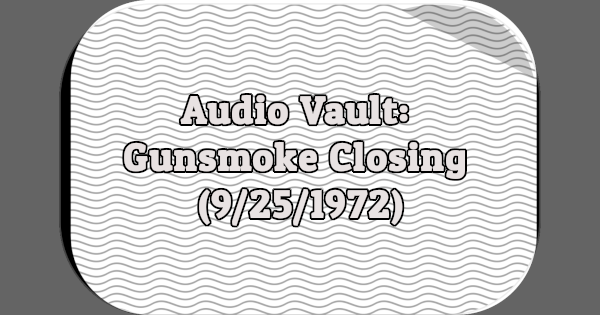 Here’s audio from the closing credits to the September 25th, 1972 episode of Gunsmoke on CBS:

Gunsmoke aired Mondays from 8-9PM ET on CBS during the 1972-1973 season. The closing credits for this episode, the third of the season, contain a network voiceover promotional spot for The New Bill Cosby Show, voiced by Bill Cosby himself. The musical-variety series aired from 10-11PM ET on Mondays.