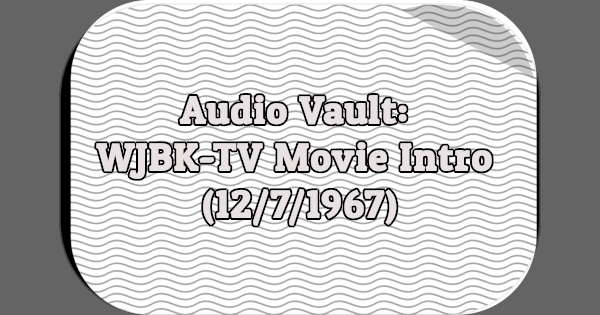 Here’s audio from an introduction to the movie Duck Soup, broadcast by Detroit TV station WJBK-TV on December 7th, 1967:

Aside from the day it aired and the station it aired on, I know nothing about this particular broadcast of Duck Soup. I assume WJBK-TV had one or more regular local movie blocks and Duck Soup aired during one of them. For the record, in 1967, WJBK-TV was a CBS affiliate. Today the station is affiliated with FOX .

Here’s a transcript of the intro:

[Tonight] we invite you to enter the zany world of the madcap Marx brothers and share hilarious comedy with Groucho, Chico, Zeppo, and Harpo. Now relax and enjoy humor fit for a king as the four brothers Marx star in Duck Soup.