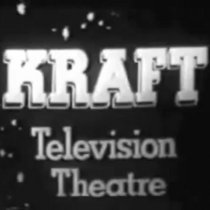 The long-running and critically acclaimed dramatic anthology series Kraft Television Theatre celebrates its 70th anniversary today. It debuted on NBC on Wednesday, May 7th, 1947. Initially, it ran from 7:30-8:30PM ET. On January 7th, 1948, the series shifted to the 9-10PM ET time slot where it remained until the final episode aired on October 1st, 1958.

I’ve done quite a bit of research into the broadcast history of Kraft Television Theatre. Determining how many episodes NBC broadcast has proven difficult. The series remained on the air year-round, with no breaks during the summer months. NBC occasionally pre-empted the series for coverage of political conventions or other events. Typically, either 50 or 51 episodes were produced each season.

Quite a few years ago, I published status guides for the first six seasons, drawing on television listings in The New York Times and other resources. Based on my research, of the 326 episodes that aired between May 1947 and August 1953, only 65 are known to exist in their entirety. Just five complete episodes from the first season survive, plus excerpts from two others.

The earliest extant footage is from the eighth episode (“I Like It Here”) broadcast June 25th, 1947. Three minutes from this episode are part of the Hubert Chain Collection of kinescope recordings held by the Library of Congress. No other footage from 1947 is known to exist. The Hubert Chain Collection also includes a two-minute silent excerpt from the February 25th, 1948 episode (“Alison’s House”). The earliest complete episode is “No Way Out,” broadcast March 17th, 1948.

Until late last year, I believed the special sixth anniversary episode (broadcast May 6th, 1953) featured excerpts from four earlier episodes, including one from 1947. It turns out the episode actually included scenes recreated with their original stars, not kinescope recordings.

When will I complete status guides for the remaining seasons? I can’t say for sure. Hopefully, I’ll get started soon.

If you can’t visit The Paley Center for Media to watch Kraft Television Theatre, a handful of episodes can be viewed on YouTube. I’ve embedded them below:

I’m only aware of one episode (“Patterns”) being released on DVD, as part of Criterion’s 2009 “The Golden Age of Television” set. The version of the episode included in the set is from a 1980s PBS retrospective, not the original NBC broadcast. I believe it’s complete with the exception of the closing credits, which are not the original NBC credits.

Did you watch Kraft Television Theatre on NBC? Do you wish you could watch it now? Hit the comments with your thoughts.