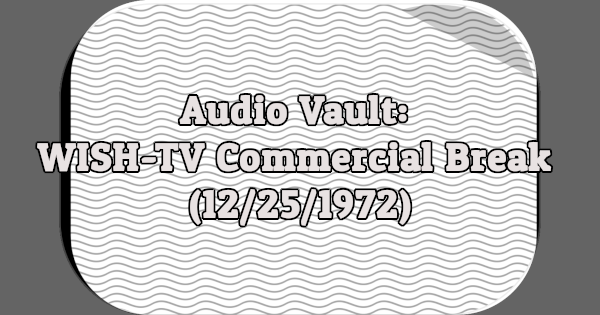 This particular commercial break aired during an episode of The New Bill Cosby Show (10-11PM ET). It includes a CBS network promotional spot for The Sonny & Cher Comedy Hour, a trailer for the movie Hit Man, and a local WISH-TV news promotional spot.

[Hit Man Movie Trailer] “The heavy dudes were running scared. Once they turned him on, they couldn’t turn him off. ‘Yeah, I know him, Mr. Zito.’ ‘Get him.’ They wanted him dead. But who could do the job on the Hit Man? Bernie Casey is Tackett, the Hit Man. ‘Hit Man, now showing at the beautiful Indiana theater down town. Continuous matinees daily.'”