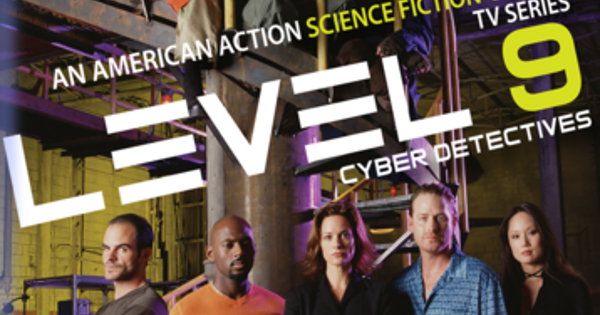 Short-lived UPN series Level 9 is coming to DVD on May 11th, courtesy of VEI. The drama debuted in October 2000 alongside another new series, Freedom, part of UPN’s plan to attract young male viewers to Friday nights. Level 9 followed the exploits of a secret group of hackers and computer experts working for the government to stop cyber crime. Fabrizio Filippo, Kate Hodge, and Michael Joseph Kelly starred, among others.

Both Level 9 and Freedom were gone by January 2001, yanked off the air due to low ratings. UPN aired 10 episodes of Level 9 before pulling the plug, leaving three unaired. Sci-Fi Channel later aired all 13 episodes in 2007 or 2008.

It’s been more than two years since VEI announced plans to bring Level 9 and other shows to DVD. You can pre-order for $29.99 at VEI’s website.

If Level 9 can get a DVD release, maybe there’s hope Freedom can as well.

Were you a fan of Level 9 back in 2000? Did you watch the show on Sci-Fi Channel? Hit the comments with your thoughts.