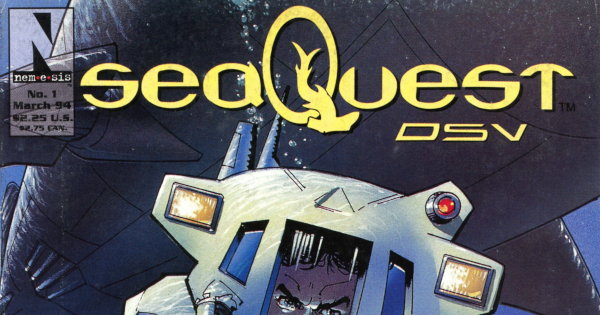 I didn’t watch seaQuest DSV (later retitled seaQuest 2032 for its short third season) when it originally aired on NBC from 1993 to 1996. I probably saw the last few minutes of the occasional episode during the 1994-1995 season when the show aired before Earth 2. When Sci-Fi Channel aired a marathon in 2005 to promote the release of the first season on DVD, I taped and watched the first season. At some point, I also watched the second and third seasons, but I don’t remember when.

I own the three tie-in novels based on the show. Recently, I acquired the first and only issue of the seaQuest DSV tie-in comic book. 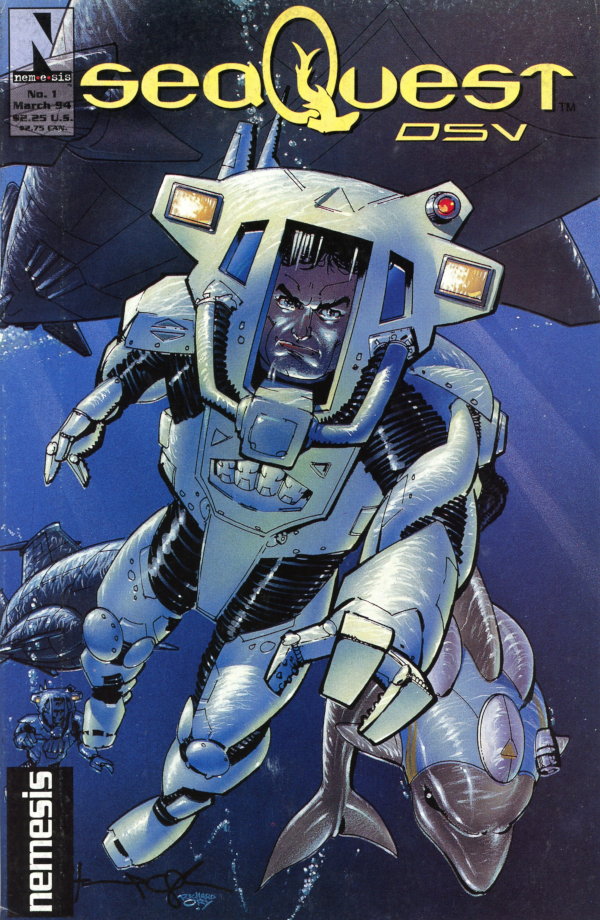 Despite the fact that I’ve seen every episode of seaQuest DSV/seaQuest 2032, I don’t remember many details. That means I can’t say with certainty how accurate the comic book is. Do the interiors of the submarine as depicted in this issue match those seen on the TV show? Do the uniforms? The technology? I don’t know.

What about the characters? A few of them resemble the actor or actress who portrayed them on television. The likenesses aren’t great but they rarely are in comic books. Captain Bridger looks enough like Roy Scheider that someone flipping through this comic book might say, “That looks like Roy Scheider.” Likewise, the character played by Ted Raimi is more or less Ted Raimi. Most of the other characters vaguely resemble their real life counterpart to varying degrees. One glaring exception is young computer genius Lucas Wolenczak, who looks absolutely nothing like actor Jonathan Brandis.

(For the record, I have no idea which character is supposed to be depicted on the cover. Is it Captain Bridger? Someone else? Who knows. At least Darwin the dolphin looks very much like a dolphin.)

As for the story, it’s called “Deep Faith” and involves Captain Bridger and the crew of the seaQuest attempting to infiltrate a cult led by the charismatic yet mysterious Neptune. Their investigation doesn’t get very far before an unexpected cliffhanger ending brings the issue to a close.

Unfortunately, the story was never continued or finished because the second issue was never published. The cover was printed at the end of this issue, however. Take a look: 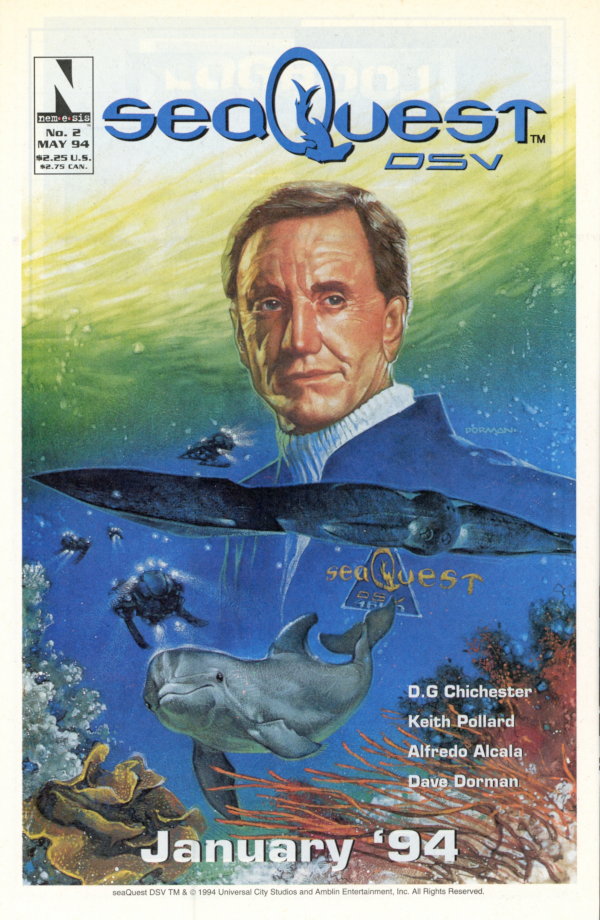 In addition to the 23-page story, issue #1 includes three pages of photographs from the TV show, including a two-page spread of the seaQuest bridge. There are two pages of blueprints and two one-page “Logbook” entries with information on Captain Nathan Bridger and Dr. Kristin Westphalen. Aside from a single house ad for a Frankenstein comic book, there are no advertisements.

Given the unresolved cliffhanger, I can’t very well recommend this comic book to anyone, not even fans of seaQuest DSV.