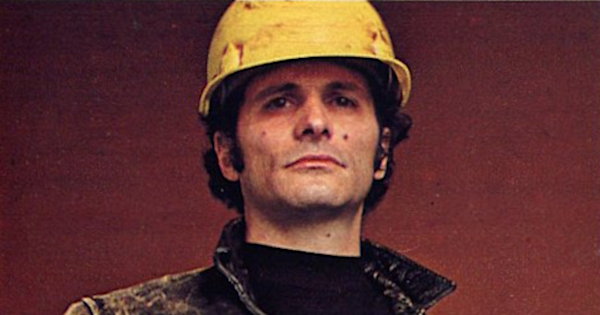 One season wonder Toma, starring Tony Musante as a detective with a talent for undercover work, celebrates its 45th anniversary today. Based on the career of the real-life David Toma, the series ran for 22 episodes during the 1973-1974 season. Simon Oakland and Susan Strasberg co-starred.

Check out my in-depth article about Toma.

At first, the show fared poorly in the ratings. ABC moved it to a new night at mid-season and ratings improved. Nevertheless, ABC cancelled the show at the end of the 1973-1974 season. Why? Because Tony Musante refused to return for a second season. When approached about starring in the show, Musante had committed to a single season.

Producer Roy Huggins assumed no actor would walk away from a successful TV show, but that’s exactly what Musante did. Had ABC agreed to a shortened season or a series of telefilms, Musante would’ve stayed.

ABC considered reviving Toma during the 1974-1975 season with Robert Blake in the lead role. Ultimately, the network created an entirely new show, Baretta, which remained on the air until 1978.

Toma is one of just a handful of TV shows I’ve written about at Television Obscurities despite never having seen a single episode. It isn’t available on DVD, although multiple incomplete episodes have been uploaded to YouTube.

Were you a fan of Toma during the 1973-1974 season? Do you remember reading about Tony Musante leaving the show? Hit the comments with your memories and recollections.

4 Replies to “45th Anniversary of Toma”