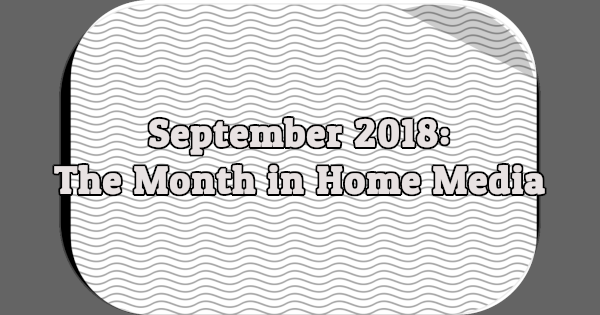 One season wonder Blondie (NBC, 1957) came out on DVD in September. Two volumes of “Television’s Lost Classics” were also released on DVD and Blu-ray last month. Volume One includes two hour-long dramas starring John Cassavetes: “Crime in the Streets” (The Elgin Hour, 1955) and “No Right to Kill” (Climax, 1956). Volume Two includes four unsold pilots: “Case of the Sure Thing” (CBS, 1951) with Reed Hadley; “Cool and Lam” (Unaired, 1958), with Billy Pearson and Benay Venuta; “The Life of Riley” (Unaired, 1948) with Lon Chaney, Jr.; and “Nero Wolfe” (Unaired, 1959) with Kurt Kasznar and William Shatner.

Based on the popular and long-running comic strip of the same name, the show starred Arthur Lake as Dagwood and Pamela Britton as Blondie. Lake earlier played Dagwood in a series of 28 films released between 1938 and 1950. The 4-disc set includes all 26 black-and-white episodes, newly transferred from the original 35mm elements.

*Includes four episodes of the short-lived sitcom Life with Lucy.
**This is an episode of the 1950s syndicated, religious anthology series Family Theatre, hosted by Father Patrick Peyton.

Something weird is going on with several recent short-lived FOX shows on DVD. LA to Vegas supposedly came out on DVD on August 28th. Best Buy and Barnes & Noble have it for sale but at Amazon it’s only available to pre-order. APB and Shots Fired are both for sale at Barnes & Noble but are sold out at Best Buy. APB is available at Amazon, but only from a third-party seller, while Shots Fired is “Currently unavailable.” These are all manufacture-on-demand titles, so maybe there’s a problem with the FOX MOD program.

One Reply to “September 2018: The Month in Home Media”