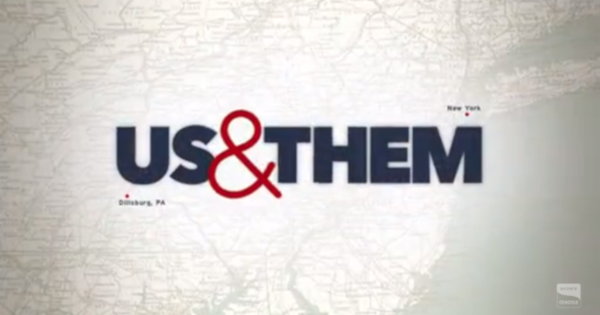 As I reported last month, Sony Crackle started streaming the unaired FOX sitcom Us & Them on October 1st. Based on the British comedy Gavin & Stacey, Us & Them stars Jason Ritter and Alexis Bledel as a young couple who, after months of phone calls and e-mails, decide to finally meet in real life for the first time. Their friends and family members all have opinions about their budding relationship. Co-stars include Dustin Ybarra, Ashlie Atkinson, Jane Kaczmarek, Kurt Fuller, Michael Ian Black, and Kerri Kenney-Silver.

FOX ordered 13 episodes of the sitcom, planning to use it as a mid-season replacement during the 2013-2014 season. The network later cut the order to seven episodes, shelved it, and decided not to burn off the completed episodes during the summer of 2014.

I watched the first episode last night and enjoyed it. Jason Ritter and Alexis Bledel make a cute couple. Their characters are more grounded than the supporting characters, who are all quirky to one degree or another. While that is likely intentional, too many eccentric supporting characters can be overwhelming. I’m curious to see how well the other six episodes balance the relationships between the characters. I also want to see if I can identify what made FOX decide to scrap the show.

There’s no way to know how long Us & Them will remain available on Sony Crackle. So, if you’re interested in the show, I suggest watching it sooner rather than later.