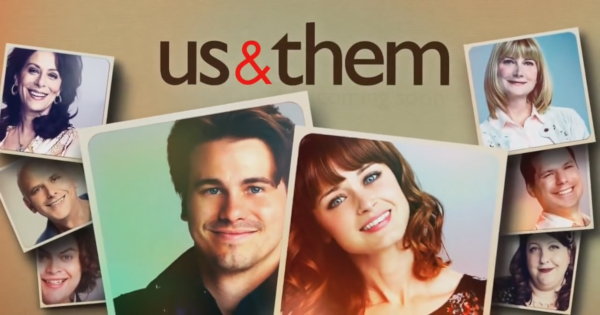 Four years ago, FOX scrapped its new sitcom Us & Them, leaving seven completed episodes unaired. An adaptation of the British series Gavin & Stacey, Us & Them starred Jason Ritter and Alexis Bledel. The network had planned to use the show as a mid-season replacement during the 2013-2014 season. But FOX soon soured on the show and cut the 13-episode order to seven, effectively cancelling it. Later, FOX decided not to burn off the finished episodes during the summer.

Starting October 1st, Sony Crackle will begin streaming the seven episodes, marking the first time anyone in the United States will be able to (legally) watch them. According to TV Line, Us & Them has aired internationally, in countries like South Africa and South Korea.

Why Crackle and not Hulu or Netflix? Probably because Sony Pictures Television produced Us & Them and Sony owns Crackle. Why now? That’s a very good question.