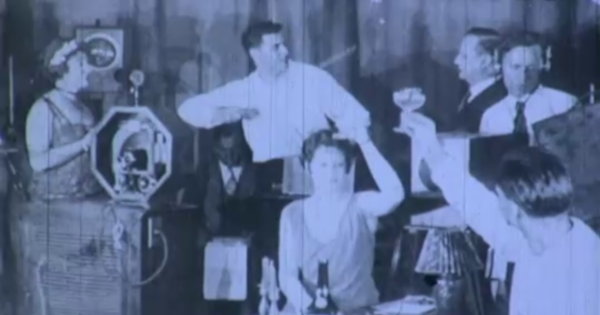 (W2XAD also used the call sign W2XB at some point in 1928. Some sources suggest the station was still called W2XB when “The Queen’s Messenger” aired.)

W2XAD used two cameras focused on the faces of actress Isetta Jewell and actor Maurice Randall, the stars of the drama. A third camera was used for hand gestures and the occasional prop.

“The Queen’s Messenger” aired long before the introduction of the kinescope process for recording live TV. Remarkably, behind-the-scenes footage of either a rehearsal or the actual live broadcast survives:

Viewers as far away as Los Angeles reportedly picked up the broadcast.

Learn more about “The Queen’s Messenger” at the Early Television Museum.

2 Replies to “90th Anniversary of The Queen’s Messenger”