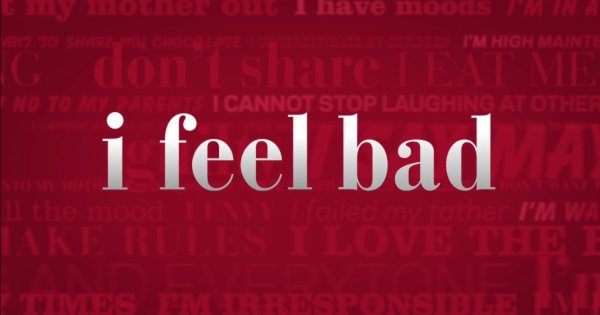 The 2018-2019 TV season is nearly eight weeks old and it appears NBC’s new sitcom I Feel Bad is the first “cancellation” of the season. The show isn’t officially cancelled, of course, because the networks typically don’t cancel shows during the season anymore. But NBC has not picked up additional episodes of I Feel Bad past its initial 13-episode order. The network insists the plan was always to produce 13 episodes of I Feel Bad.

From a November 8th press release:

“I Feel Bad,” which was always intended as a 13-episode season because a pair of upcoming comedies still need to be scheduled (“Abby’s,” “A.P. Bio”), will conclude in December. A decision on its future will be determined at a later date.

According to Deadline Hollywood, the odds are against I Feel Bad getting a second season due to low ratings and weak reviews. If it isn’t renewed, and no other new shows end or get yanked off the air before it airs its final episode, I think I Feel Bad will earn the dubious honor of being this season’s first cancellation.

For the record, I Feel Bad currently ranks second in the Let’s Predict the First Cancellation of the 2018-2019 Season poll, just behind ABC’s The Connors.