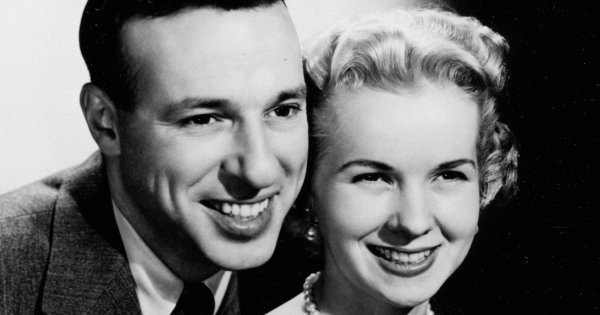 Actress Mary Kay Stearns, who starred in the early TV sitcom Mary Kay and Johnny with her real-life husband, died November 17th, 2018 at the age of 93. Her death went unreported until this week when The New York Times published an obituary.

It’s generally considered the first sitcom to air on a television network in the United States as well as the first TV show in which a married couple shared a bed. In 1948, Mary Kay’s pregnancy was written into the show. She gave birth in December of that year. Weeks later, baby Christopher joined his parents on the show, playing himself.

The Paley Center for Media has a single episode of Mary Kay and Johnny from June 1949 in its collection.

After their sitcom went off the air, Mary Kay and Johnny starred in commercials for U.S. Steel for several years.

In August 1999, the Archive of American Teleivsion (now known as The Interviews: An Oral History of Television) interviewed Mary Kay and Johnny Stearns, both together and individually.