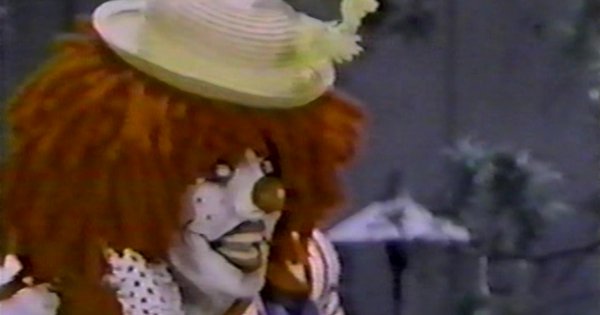 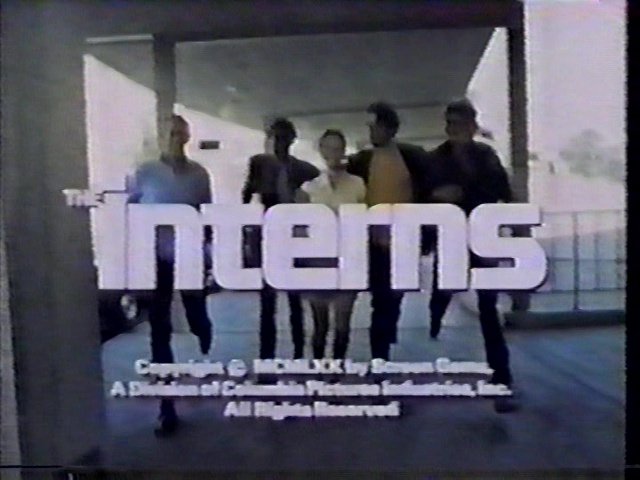 The Interns ran for 24 episodes on CBS during the 1970-1971 season. Based on a 1960 novel of the same name by Richard Frede and adapted from the 1962 movie starring Michael Callan and Cliff Robertson, the one season wonder revolved around a group of five interns working under the guidance of a crotchety doctor. Learn more about The Interns by reading my in-depth article examining the show.

Dr. Pettit and Dr. Hardin watch Miss Knock-A-Bout (real name Sookie Post) perform for sick children. She lands badly on her leg and injures herself, but the doctors don’t realize until she faints in front of them. Dr. Quentin looks over her x-ray and decides to take a look at her knee.

Dr. Goldstone: “One of his eccentricities is he doesn’t want to work with lady doctors.”
Dr. Thorpe: “Suppose he turned down Cal because he doesn’t want to work with black doctors. Would you call it ‘eccentric or would you call it what it is?”
Dr. Goldstone: “Oh, lady doctor, you’re asking for it because Quentin is not going to pave your path with roses.”

Goldstone is able to convince Quentin to let Thorpe work with him but he doesn’t think she’s up to the task.

During surgery Quentin discovers significant damage to Sookie’s knee. She won’t be able to perform anymore. When her manager, Joey Turpin, arrives to visit her, Hardin has to break the news about her injury. After Hardin leaves, Sookie asks Joey to get her a lawyer so she can sue the hospital.

Later, Hardin and Pettit are served with papers, as is Quentin. Sookie is suing for $500,000. In Goldstone’s office, a pair of lawyers argue about what to do: one wants to settle out of court, the other wants to fight.

Sookie has a nightmare and Hardin talks with her it. He ends up on a date at her apartment the next evening. Back at the hospital, Thorpe convinces Quentin to operate on Sookie despite his belief she can’t put up with the agony of recovery because she’s a woman.

After the surgery, Hardin worries about Sookie’s recovery. He stops by the hospital to visit her and runs into a little boy coming out of her room. The boy tells Hardin that Miss Knock-A-Bout suddenly turned white and said her chest hurt. Hardin rushes to get help.

After several scary minutes, Goldstone and several other doctors are able to stabilize her thanks to Hardin, who realizes she had a pulmonary embolism. The next day, Hardin and Joey Turpin anxiously watch and wait to see if Sookie wakes up. Happily, she does.

The best I can say about “Miss Knock-A-Bout” is the episode is unremarkable. It’s not terrible but it isn’t very good, either. Despite the ensemble cast, the focus here is primarily on Dr. Hardin with a limited secondary role for Dr. Thorpe. Dr. Goldstone pops up in both storylines while the other members of the main cast make brief appearances throughout the episode.

Dr. Quentin, played by guest star George Grizzard, makes a bland antagonist. He’s a talented surgeon who doesn’t trust “lady” doctors because his wife left him. After a few conversations with Dr. Thorpe, he all-too-quickly changes his tune.

Sookie Post, a.k.a. Miss Knock-A-Bout, is slightly more interesting. She hides behind jokes and laughter and clown makeup because she thinks she’s plain. Sookie shows a bit of spark when she asks her manager to get her a lawyer but otherwise spends the episode either joking or feeling sorry for herself. The threat of a lawsuit disappears quickly, replaced by a sappy romance as Sookie falls for Hardin. At no point does Hardin think twice about agreeing to go on a date with one of his patients, who also happens to be suing him.

There’s an impressive yet brief sequence near the start of the episode when Miss Knock-A-Bout performs her “triple special” routine. Presumably it’s an uncredited stuntwoman, not guest star Bridget Hanley, leaping and flipping through the air.

For the record, my copy of “Miss Knock-A-Bout” is from a syndicated broadcast. It runs just under 46 minutes and may be missing a few minutes from the original network broadcast.

Nowhere. The Interns has never been released commercially on any format.

Do you remember watching The Interns on CBS during the 1970-1971 season? Hit the comments with your thoughts about the show or this episode.