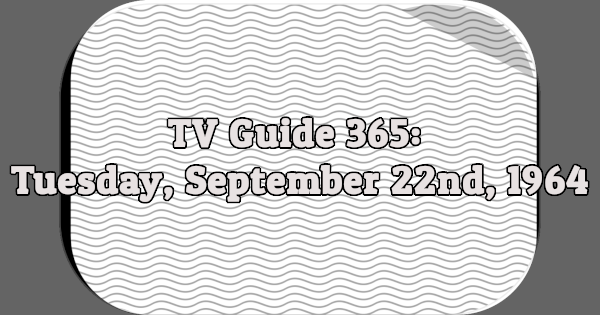 COMBAT! (CBS)
“Vendetta.” When German fire pins down Hanley’s men in a stable, help comes from a group of wild-riding, British-uniformed Greeks in jeeps. (60 min.)

8:00 WORLD WAR I (CBS)
[DEBUT] This half-hour documentary series uses film from news, official and private sources, to explore World War I. Tonight: “The Summer of Sarajevo.” We see a complacent, confident Europe in 1914 shaken by the assassination of Austria’s Archduke Ferdinand, an event seized by German and Austrian leaders as a motive for unleashing the war they had plotted for years. We see their reprisals against Serbia; the crowned heads of Europe mobilizing their armies; and people in Britain and France marching jauntily off to war. In Germany, there was cheering and waving as the Kaiser told his people they would “go to war with God on their side.” Script by John Sharnik, who co-produced with Isaac Kleinerman. Robert Ryan narrates. Music by Morton Gould.

McHALE’S NAVY–Comedy
Gruber’s a little on edge: His girl friend Ginger has arrived with a show troupe, and she’s likely to learn that he’s not a lieutenant commander–as he has led her to believe.

9:30 PETTICOAT JUNCTION (CBS)
Tonight, in this new time spot, “Petticoat” begins its second season. Betty Jo has a new friend, a little dog that keeps following her around. She’d like to keep the animal, but Kate says the pooch must go.

CAMPAIGN AND THE CANDIDATES (NBC)
[SPECIAL] Frank McGee analyzes the candidates and the key issues involved in the various races for Senate and House seats. (60 min.)

FUGITIVE (ABC)
“World’s End.” Ellie Burnett, daughter of the lawyer who defended Kimble, claims she has infomration about the one-armed man who may have murdered Kimble’s wife. Script by Stuart Jerome and Harry Kronman.